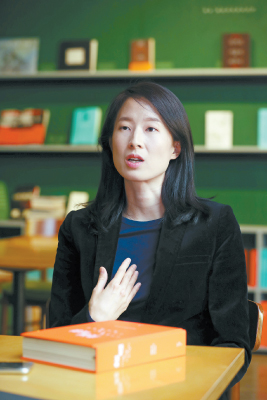 On a cold day in March 2010, a junior business major at Korea University named Kim Ye-seol put a poster on a campus bulletin board.

Kim’s poster attacked the Korean education system, accusing it of only being interested in producing students capable of outsmarting each other in an ever-competitive society, rather than being a forum of knowledge that produces virtuous citizens.

Seven years later, the JoongAng Ilbo sat down with the now 31-year-old Kim, who recently wrote a book titled, “Winter 2016: Candle Revolution and Spring 2017: History Written in Light,” a remembrance of the protests that led to former President Park Geun-hye’s removal from power. 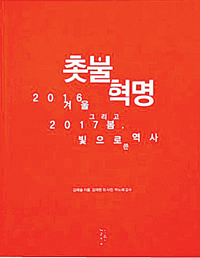 Q. What has your life been like since you left Korea University?

A. I now work at a civic organization that I joined when I was in college. My work experience there led me to quit school. In fact, I didn’t have concrete plans as to what I was going to do after quitting school. I realized a lot of people still thought of me as that Korea University student Kim Ye-seol, even after I left the school.

Have you ever regretted quitting school?

I tell people I regret that I didn’t quit sooner. Our society pushes people to consistently prove themselves by owning and achieving things, whether a good job or a diploma from a famous school. That makes people live in the same way while discarding their own unique characteristics. I was also one of those people who didn’t know how to live a life of my own. But now, I think about how I can pursue a life filled with meaning. I feel like I have come to understand the real meaning of “learning” since I left school.

Do you think academic elitism has lessened since you left?

I was surprised to find that the college enrollment rate fell from 80 percent in the late 2000s to 60 percent last year. But I find it regrettable that we have not had a fierce discussion reflecting the values of universities in this country. To this day, going to a college that people admire is the biggest source of agony affecting people from the age of 3 to parents in their 60s. Why does one need a college degree? Because looking at one’s degree is the easiest way for companies and employers to judge one’s qualifications. But now the number of quality jobs is diminishing and that forces people to push themselves ever harder. Will quality jobs increase in the future when people are living longer lives? It’s not an issue that can be solved by just changing the education system.

What do you plan to do now?

As nobody expected the candlelight revolution, neither did I know I would work at a civic group and write a book. I think my life will be like that, full of unexpected events. I just try to live day by day to the fullest and seize every opportunity that comes along in the course of my life. I am waiting for those opportunities to pop up.