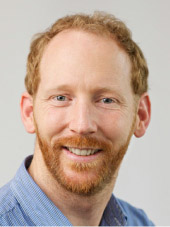 The possibility of buildings collapsing in Gangnam due to liquefaction is low, unless a magnitude 6 or stronger quake hits the city and there are high-rise buildings on sandy ground with shallow underground water and no pile foundation, said Sjoerd van Ballegooy, a geotechnical engineer and technical director at Tonkin and Taylor, a New Zealand environmental consulting agency.

“Not all buildings will fall over as a result of liquefaction,” van Ballegooy, who has been researching and analyzing the effects of liquefaction from the major quakes in Christchurch, told the Korea JoongAng Daily on Friday over the phone.

“[Determining this] requires testing of the soil to figure out how sandy the material is, whether it is loosely deposited and how big the ground water is. Once you know these three things, you can have a fairly good idea what level of shaking will actually cause it to liquefy.”

Liquefaction takes place when shaking causes soil to lose its shear strength and behave like a liquid. Soil liquefaction can be incredibly destructive, as in the 7.5-magnitude quake in Niigata, Japan, in 1964.

A building that is at least 16 floors high or higher is required by law in Korea to be quake-resistant, according to the Building Act.

Whether having this seismic design requires pile foundation at all times was not clearly outlined in the law.

An apartment building in Pohang ended up leaning to one side after the quake hit the city, and architectural experts who examined the building said its foundation may have been faulty.

Research by Choi Jae-sun, a geotechnology professor at Seokyung University, said some areas in Gangnam District, southern Seoul, may be exposed to liquefaction if a 6.5-magnitude quake hits the North Gyeongsang area, where the Pohang and Gyeongju quakes took place. Choi has since told media outlets that the study uses the American calculation system for seismic activities and may be faulty if applied to Korea.

“Quakes with magnitudes up to 7 can hit the Pohang, Gyeongju and Ulsan regions any time,” said Son Moon, a geology professor at Pusan National University in Busan, in an exclusive interview with JoongAng Ilbo. “Though we don’t know when that size of a quake could hit Korea, I think Korea is no longer safe from larger quakes in the future.”

Though signs of liquefaction, including sand volcanoes, were detected at 100 locations in Pohang since the quake, the Korean government has not yet confirmed them to be instances of liquefaction.

“If you had the quake shake the soil, which was sandy and had shallow ground water, then sand volcanoes happen,” said van Ballegooy, adding that the only other cause for sand volcanoes may be ruptured water pipes. “[One can be sure sand volcanoes are signs of liquefaction] especially if they are occurring in areas in greenfields or areas usually without water pipes below.”

Many sand volcanoes were detected on farmlands in Pohang.

As for detecting whether liquefaction may have taken place in an area, van Ballegooy suggested looking for “vertical shoots of sand cutting through horizontal bedding.”