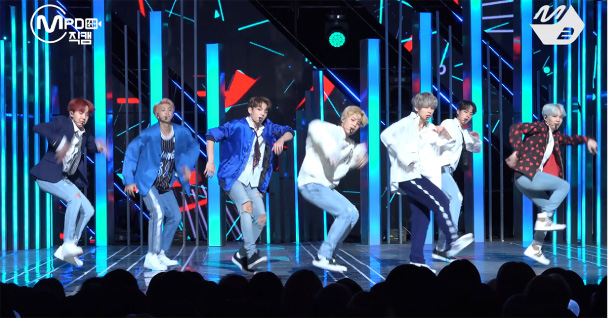 Boy band BTS topped the iTunes’ Top Songs Chart in the United States on Saturday with their song “Mic Drop,” making them the first Korean band to do so.

The “Mic Drop” remix also hit No. 1 on iTunes’ Top Songs Chart of 46 other countries, including Argentina, Brazil, Canada, Singapore and Thailand, one day after it was released.

The group, also known as Bangtan Boys, collaborated with the American DJ Steve Aoki and rapper Desiigner for the remix. The original “Mic Drop” is one of the 11 tracks on BTS’ album “Love Yourself: Her,” which was released Sept. 18.

The band is scheduled to hold concerts at the Gocheok Sky Dome in western Seoul from Dec. 8-10.