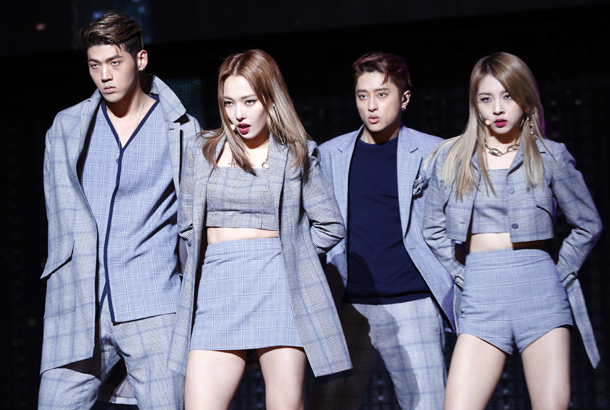 Co-ed group KARD will be touring five Asian cities in January and February, according to their agency DSP Media on Monday.

The group embarked on a tour in the first half of 2017 with only three tracks, “Oh NaNa,” “Don’t Recall” and “Rumor,” which were released before the group’s official debut in July 2017 with their mini album, “Hola Hola.”

The upcoming Asia tour has been planned through My Music Taste, a crowdsourcing platform that gives fans the power to organize concerts in their city.