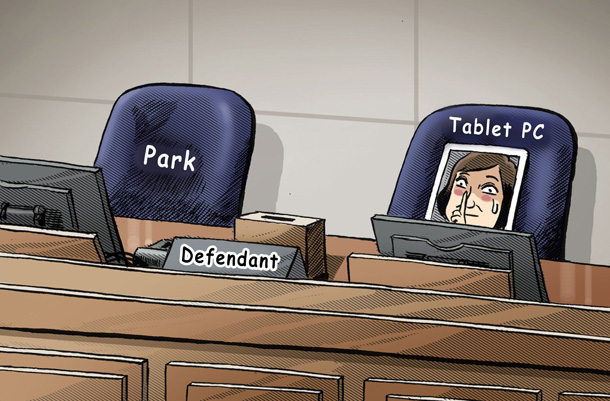 The Seoul Central District Court has accepted Choi Soon-sil’s tablet PC as evidence in the trial of former president Park Geun-hye. The court rejected Choi’s allegation that the PC is not hers. Both defendants under detention refused to appear in court, citing health reasons.