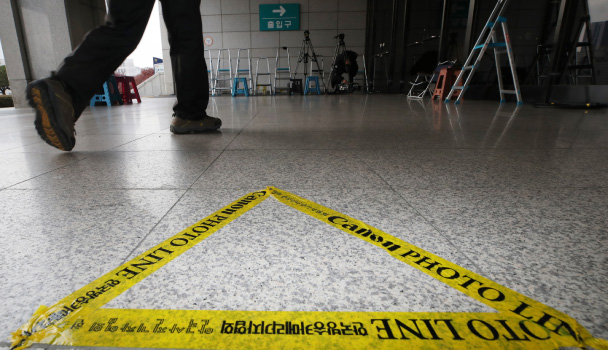 Choi Kyung-hwan, former finance minister under former President Park Geun-hye and a lawmaker of the Liberty Korea Party, refused to show up at the Seoul Central District Prosecutors’ Office in Seocho District, southern Seoul, on Tuesday. Prosecutors summoned Choi again at 10 a.m. today. Choi is suspected of receiving funds from the National Intelligence Service when he was finance minister. [YONHAP]