Park’s trial will go on without her

Park’s trial will go on without her 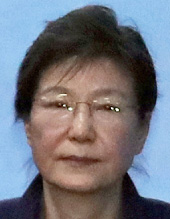 A Seoul court decided Tuesday to proceed with the corruption trial of ousted former President Park Geun-hye without her presence as she refuses to appear in court for hearings.

Park, who has been in pre-sentencing detention over bribery and other charges since March, has boycotted the trial in protest of the Seoul Central District Court’s decision last month to extend her detention. All of her lawyers also quit en masse in protest of the decision at the time.

The court has since appointed five lawyers to defend Park, but she has even refused to meet with them.

On Tuesday, the court said it will go ahead with the trial even if Park isn’t in attendance.

“We gave the defendant Park time to consider saying the trial could continue [without her presence], and in that case, it could cause problems with the execution of her right to defense, but she didn’t appear in today’s hearing,” the court said.

The court also said that Park’s health isn’t believed to be bad enough for her to appear for the trial.

“According to reports from the Seoul Detention Center, it’s hard to see there are justifiable reasons, such as health problems preventing her from moving around,” the court said. “It’s no longer possible to delay the trial, considering the fact that there’s a lot of things to deliberate, such as questioning of witnesses, and the limited time for her detention.”

Park was removed from office and arrested in March on charges of bribery and abuse of power. She stands accused of colluding with her longtime friend Choi Soon-sil in taking 43 billion won ($37 million) from top conglomerates, including Samsung, and letting her friend meddle in state affairs.