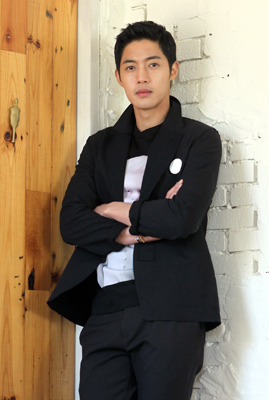 The troubled singer-actor Kim Hyun-joong released his fifth EP “Haze” on Wednesday, after a three-year hiatus.

The EP contains three tracks - “It’s Over,” “Moonlight” and the title track “Haze.” KeyEast Entertainment, Kim’s agency, said that the singer co-wrote the lyrics and co-composed the music and wanted to convey gratitude to his fans who have stuck with him through tough times.

He is currently engaged in a court battle with his ex-girlfriend, surnamed Choi. She filed a civil suit for compensation in April 2015, requesting 1.6 billion won ($1.4 million) for her mental suffering after abuse by Kim that she claimed led to miscarriage. The court sided with Kim in August 2015, as there wasn’t enough evidence to prove that Choi was pregnant. Choi filed an appeal.

During that trial, Kim filed a criminal lawsuit against Choi for defamation, fraud and false accusation.

Amid the battle, Choi gave birth to a boy in September 2015, which turned out to be Kim’s child, according to a paternity test conducted in December 2015. Kim had denied that the child was his but the test confirmed that the child was biologically related to him. Currently both trials are still ongoing. The singer will have a fan meeting on Saturday in Seoul in celebration of the new EP.