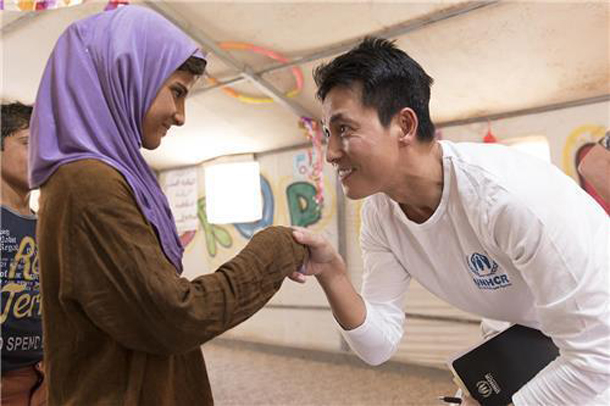 Korean actor Jung Woo-sung will visit refugee camps for Rohingya people in Bangladesh early next month in his capacity as a National Goodwill Ambassador of the United Nations High Commissioner for Refugees (UNHCR), said Artist Co., the actor’s agency, on Wednesday.

The actor’s destination is Cox’s Bazar, a city near the Bangladesh-Myanmar border, where approximately 307,500 people sought asylum after fleeing violence in Buddhist-dominated Myanmar. According to a UN report, they suffer from a chronic shortage of necessities, water and food amid poor sanitation. The actor’s fifth visit there has been requested by UNHCR High Commissioner Filippo Grandi, who visited Korea last week.

Jung has been working as a goodwill ambassador since 2014 and active in his duty to talk to refugees in many countries, including Nepal, South Sudan, Lebanon and Iraq.

“This is not my first visit, but I am already heavy-hearted by the commissioner’s grave description of the camps,” the actor said.

“I sincerely hope more Koreans pay attention to the Rohingya issue, and I will continue working for the cause.”