Taeyeon apologizes for causing an accident

Taeyeon apologizes for causing an accident 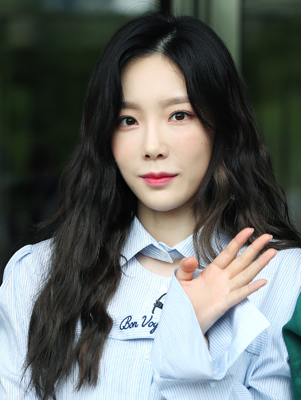 K-pop star Taeyeon caused a multi-vehicle traffic accident in Seoul on Tuesday evening, according to police and her agency.

The Girls’ Generation singer rear-ended a taxi while driving in southern Seoul around 8 p.m., according to Gangnam Police. The taxi then crashed into an Audi in front of it from the impact.

Two passengers in the taxi and the driver of the Audi were sent to a hospital for minor injuries. Police confirmed that Taeyeon was not driving under the influence of alcohol.

S.M. Entertainment, the singer’s agency, acknowledged that “an accident occurred due to Taeyeon’s careless driving” and apologized to the victims. The company promised to do its best to handle the case. Taeyeon was uninjured and is resting at her home, according to S.M.

Taeyeon later wrote on Instagram that she was sorry for causing concern while denying rumors and claims that she was indifferent to the victims at the scene of the accident.

“I apologized to the driver [of the taxi] while a few others involved didn’t want to be contacted by me. I’m telling you this because there is a misunderstanding. I’ll drive more carefully. Sorry for causing worries,” Taeyeon said.