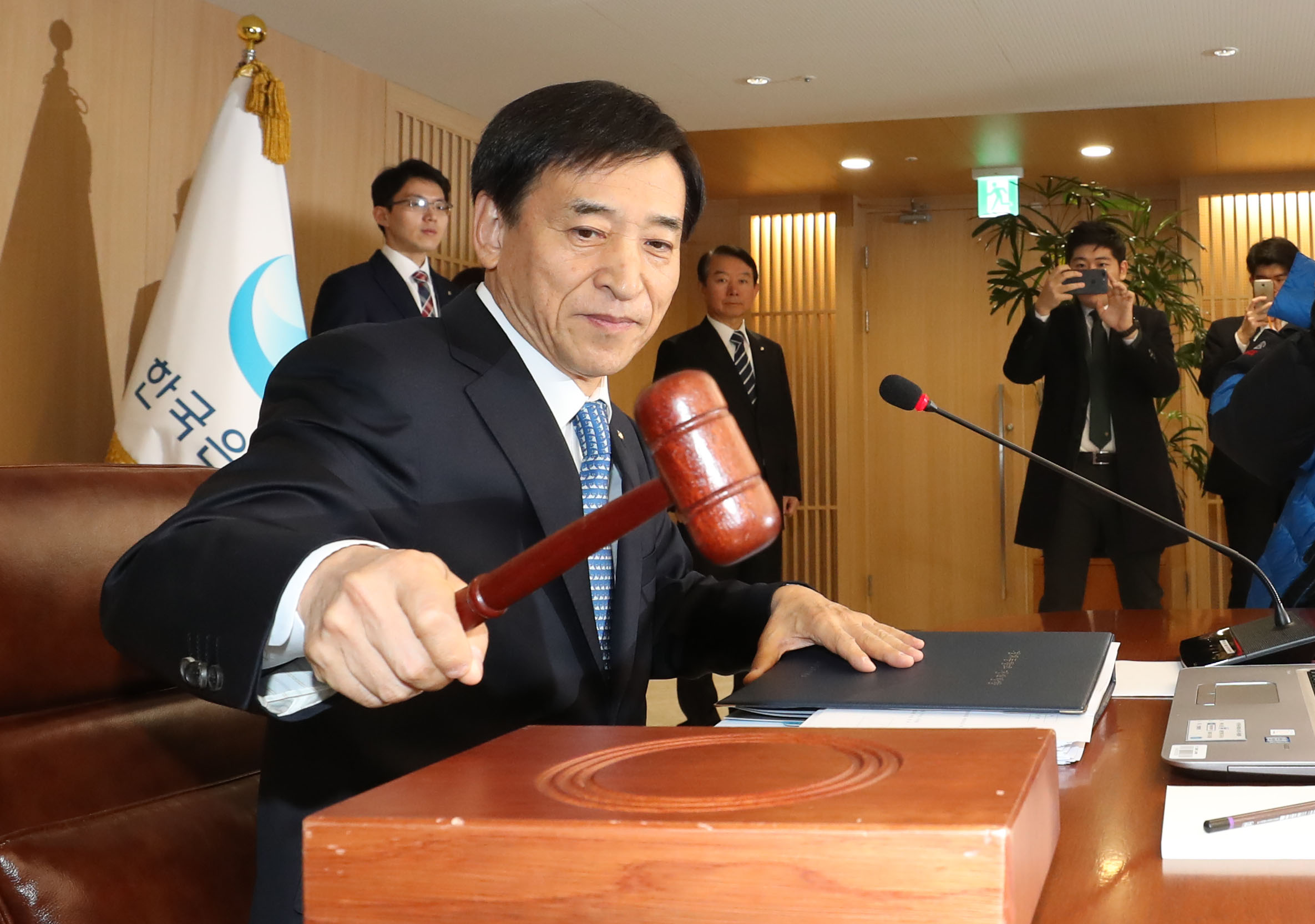 Lee Ju-yeol, governor of the Bank of Korea, hits a gavel as he starts a monetary committee meeting on Thursday at the office of the central bank in central Seoul. [YONHAP]


The Bank of Korea (BOK) raised its key interest rate on Thursday for the first time in six years and five months, changing course from stimulating spending and demand towards normalizing the record low rate.

The move, widely anticipated by analysts, lifted the rate from a record low of 1.25 percent to 1.5 percent.

The governor’s recent hawkish comments as well as a dissenting opinion in October’s decision to freeze the rate made a hike seem highly likely this time around.

With the Federal Reserve expected to raise the interest rate in the U.S. in December, the BOK likely feared a capital outflow so preemptively moved to ensure the Korean rate remained higher.

The robust economic growth, strong exports and improved domestic consumption all contributed to warranting the change in the rate, indicating that the Korean economy is expanding at a steady clip.

The economy expanded 1.4 percent during the third quarter compared to the previous quarter, and year-on-year growth was 3.6 percent — the highest in more than seven years.

Taking a cue from the positive readings, international organizations including the International Monetary Fund and the Organization for Economic Cooperation and Development revised their forecast for the country’s 2017 economic prospects.

Following the decision to raise the rate, market observers will be closely watching Governor Lee Ju-yeol’s comments before the monetary policy committee meets again in January.