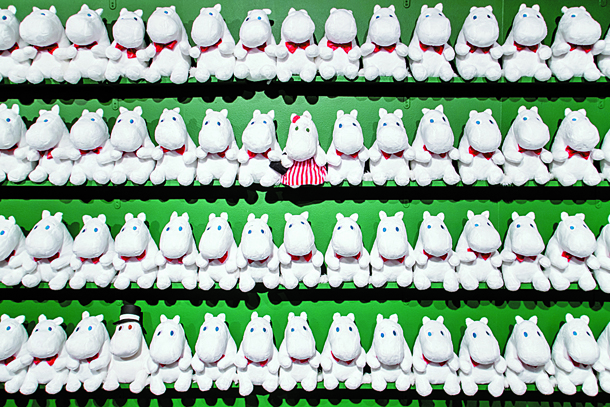 To Dec. 3: The Seoul Arts Center is offering an additional week for people to come and enjoy the “Moomin Original Artworks Exhibition” thanks in part to the CSAT having been delayed due to last week’s earthquake in Pohang.

Chubby and round trolls with short limbs, large snouts and big blue eyes, the Moomin family and their friends live in a peaceful corner of Moominvalley, venturing their way through hardship with love and friendship.

Within the seven sections of the museum, visitors can see original drawings, cartoons and paintings by the artist Tove Jansson, as well as toys, videos and books on the lovable characters.

“This exhibition encompasses Oh’s major works from every period of his career from the early 1970s to recent years,” Hakgojae writes on its website. “It can be considered as a sort of ‘portraiture retrospective’ of Oh.”

To Jan. 21: The show is the British artist’s first-ever retrospective in Asia and is part of UK/KOREA 2017-18, a celebration of cultural ties between the two countries.

While the exhibit does not include the 1956 photo collage “Just what is it that makes today’s homes so different, so appealing?” which is regarded by art historians as one of the earliest works of pop art, they include dozens of pieces that are a part of the also-famous “Swingeing London” series, which prove Hamilton’s “serial obsession.”

They are based on the same image - a 1967 newspaper photograph that captures rock star Mick Jagger and then-famous art dealer Robert Fraser handcuffed together in a police van after being caught during a drug bust. They look alike, but a closer look reveals that each of them was created through different mediums such as oil painting, silk screen and mixed media with metal on the handcuffs. 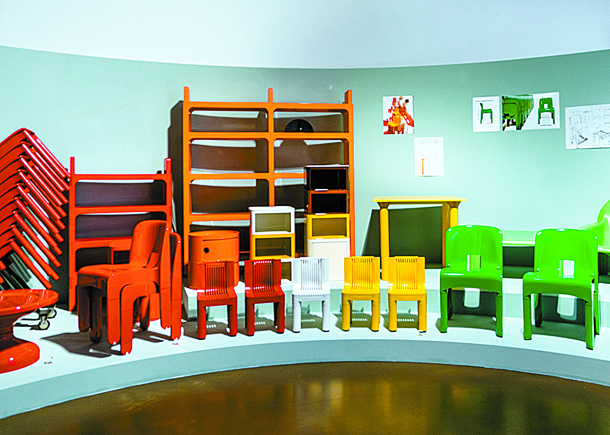 To March 4: The exhibition features over 2,700 pieces of furniture and other artistic commodities made of plastic.

The vast range of works celebrates the flexibility of plastic as not only a raw material for practical uses, but also its versatility in art. Over 70 percent of the works on display are products manufactured by Italian design company Kartell, which is a sponsor of the exhibition.

To May 26: The SongEun Art and Cultural Foundation, which was set up by Samtan Co., will open a new museum in 2020 at the energy company’s new headquarters to be designed by Swiss architect team Herzog & de Meuron and built in the heart of Gangnam. The site is a 10-minute walk from the foundation’s existing gallery SongEun Art Space.

The second and third floors of a building that stands on the site, which will eventually become the company’s new headquarters, host a free exhibition. The show features works by the finalists and winners of the SongEun Art Award including Suki Seokyeong Kang, Donghyun Son and Choi Sun.

The exhibition is open from 2 p.m. to 7 p.m. on Thursday to Saturday. Visits on Monday to Wednesday during those hours require reservations at least one day prior. The space is closed on Sunday.