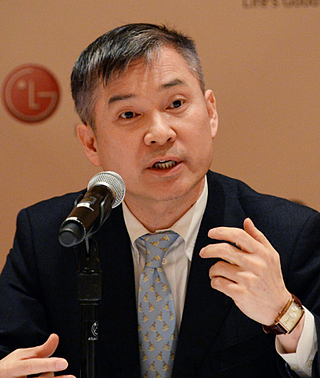 LG Group, the country’s fourth-biggest conglomerate, had the largest executive-level reshuffle in its history on Thursday across all of its affiliates. Some 154 employees, including one vice chairman and five presidents, were promoted as the group “pursues performance-based assessment and prepares for the future.”

Ha Hyeon-hoe, CEO of LG Corporation since 2015, was named vice chairman in recognition of his contribution to beefing up the holding company’s business portfolio mainly focused on preparations for future growth and laying the cornerstone for maximizing synergy between the research and development divisions.

Hwang Jeong-hwan, formerly executive director of mobile communications, was promoted to vice president of the same division at LG Electronics and given the task of focusing on turning around the flagging smartphone business. He was closely involved in developing one of LG’s first smartphones in 2009.

Juno Cho, who was president of the mobile communications division, is taking a new role at LG Academy.

LG noted that 65 percent of those who have been promoted this round have a background in R&D, which indicates how the group considers technology its top priority.

LG also made it clear that it doesn’t mind hiring and promoting from outside the company. It promoted Park Il-pyung, vice president and head of LG Software Center, to president just a year after he joined from Harman International, which Samsung Electronics acquired at the time of his move.