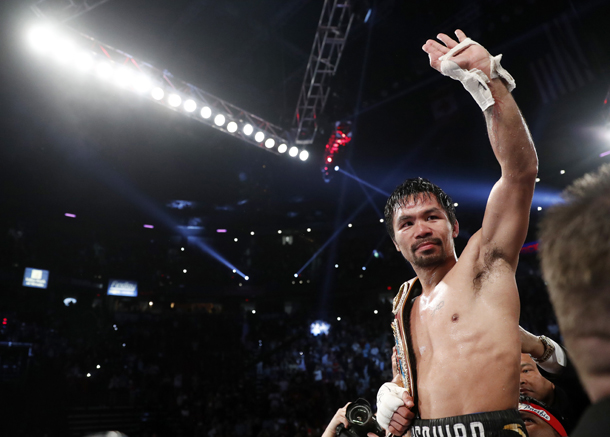 World-famous boxing champion Manny Pacquiao will be joining the crew of MBC’s “Infinite Challenge,” according to a local news outlet YTN.

According to industry insiders, the Filipino champion will visit Seoul on Dec. 20, although the duration of his stay has not been confirmed yet.

During his stay, Pacquiao will be shooting an episode of “Infinite Challenge,” a popular variety show that has featured numerous foreign stars in the past, including American actor Jack Black, French footballer Thierry Henry, Russian mixed martial artist Fedor Emelianenko and American basketball players Stephen Curry and Seth Curry.

Pacquiao, currently serving as a senator of the Philippines, is considered a boxing genius who is the only eight-division world champion in the world, and also the holder of 11 major titles.

He started his political career in May 2010 when he was elected as a congressman, and is currently member of the Senate.