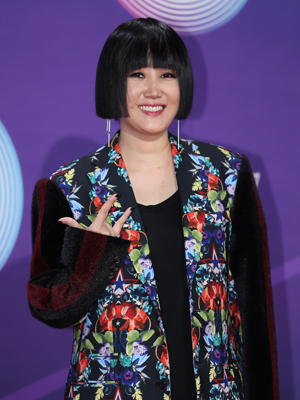 Singer So Chan-whee will release a new single, “Can You Feel It” on Sunday at noon, according to Wide Entertainment.

The genre of the track is rock ballad, and the singer has written the lyrics by herself. With her signature wild voice, the song is about loneliness and pain, yet hope as well. The last single she released was “Glass Heart” in January 2015.

She got married to bassist Roy from rock band Rock Tigers in April 2017. They released a collaboration album, “Neo Rockabilly Season” in March 2014, which consists of six tracks that are all co-written, composed and arranged by the two artists.

The singer has become popular with her title track “Tears” of her fourth album, “First Bridge” of 2000. The track has consistently been atop the karaoke rooms in Korea since 2014 when she sang the track on MBC variety show, “Infinite Challenge.”