Produced by Whoopi Goldberg from the hit film “Sister Act” (1992), the musical version of the film arrived in Seoul as part of its Asian tour on Nov. 25 at the Blue Square in Hannam-dong, central Seoul. The pictures show scenes from the musical featuring a woman named Deloris as the main character, played by Dene Hill. [EMK INTERNATIONAL]

Whoopi Goldberg cemented her status as an international star in 1992 with feel-good film “Sister Act.” She played the role of Deloris Van Cartier, a lounge singer who ends up hiding in a convent, disguising as one of the sisters, after witnessing a murder by her gangster boyfriend Vince LaRocca. Although she struggles to adapt to life in a convent, Deloris builds true friendships with the other sisters as she joins the church choir, helping the sisters break free from convention and bring out their musical souls.

Thanks to the comical storyline and the powerful songs, the film stayed in the top 10 at the Box Office for 15 consecutive weeks as soon as it hit the big screens.

Hoping to share the wonderful story and the music, Goldberg decided to produce a musical version of the film by working together with veteran director Jerry Zaks and renowned composer Alan Menken. The musical successfully premiered at the Alliance Theatre in Atlanta a decade ago, moving over to the West End in 2009 and finally landing on Broadway in 2011. The musical recently kicked off an Asian tour and arrived in Seoul for a two-month run on Nov. 25 at the Blue Square in Hannam-dong, central Seoul.

But will the stage musical version be as hilarious and infectious as the film? 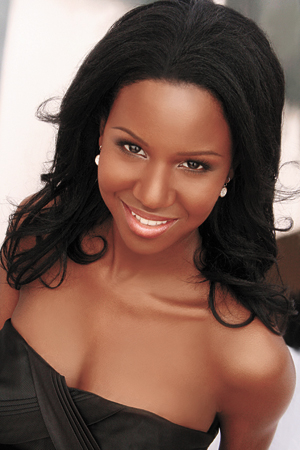 Dene Hill, who plays Deloris, says she has no doubt that the musical will be just as much of a knock out as the film in Seoul. While the musical stays somewhat true to the original story, the music is more exhilarating as the audience will be listening live. To hear more about the musical version of “Sister Act,” the Korea JoongAng Daily sat down with Hill for an interview prior to the show kicking off in Seoul. The following are edited excerpts from the interview.

Q. Because the film was such a hit, people who are thinking of going to watch the show will wonder how different the stage musical would be to the film. How different is it?

A. In the movie, it takes place in California and for the musical version we are based in 1978 Philadelphia, the disco era. Because the music is written by the famous Alan Menken, who wrote a lot of the classic Disney songs, the audience will be able to hear wonderful disco music with a lot of the classic Disney elements throughout some of the songs. It has a fun, vibrant and energetic kind of feel within the overall scene changes as well as the musical changes throughout the show.

Sometimes with comedy musicals that are performed in English with supertitles, it is quite difficult for the audience to get the jokes at the right moments. How has it been in other Asian cities?

We thought that as well. We didn’t have the supertitles in Singapore and nor did we in Manila, but when we got to China, we had the supertitles. We weren’t quite sure how it would translate but we were blown away with the way in which the Chinese audience was able to understand, read the supertitles and really get a lot of the jokes. Even for some of them, we weren’t getting those laughs in the English-speaking cities - the kind of laughs that they were giving us.

There’s been many Deloris before you. How will your Deloris be different?

I would say, Deloris is very different from my personality. She is the life of a party. She likes to be seen, heard and she likes the spotlight. That’s very different from myself. So I had to do a lot of homework but then I also realized that it’s an honor every night to take on this vibrant party like experience because it feels like I’m partying every time I do this show because of her personality and her characteristics. I love that I can bring this other version of myself, which is the opera diva, to it. Because I’m a trained opera singer, I can really show the vocal ranges of Deloris. There’s a part in the show where I get to free-form and sing whatever I want.

So the audiences will be coming to see not someone who is singing beautifully and making acting choices based on what someone else did in the past or what they were told, but a real person. These are moments I create for myself because I want the audience to be moved every show.

You said you are a trained opera singer and a trained actor. Why work in musicals?

I was active as an opera singer in Russia but I decided to take a break and I went to acting conservatory because I got to a place in my life where I wanted to have a balance in my career. Opera is pretty reserved in that it’s more about the voice and less about acting.

I wanted to find this other artistic part of me that was drowning essentially. I wanted to own that skill and develop it because it is pretty stifled in the operatic world as the voice is the king while the acting is secondary. Now I consider myself as a full artist - a well rounded artist who can take any role and turn it into her own piece of magic.