How hitting the jackpot ruined one woman’s life

How hitting the jackpot ruined one woman’s life 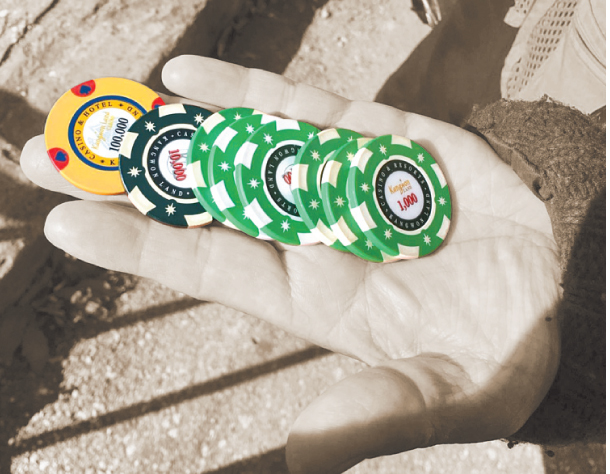 This is the first part of a three-part JoongAng Ilbo series on the “homeless gamblers” of Jeongseon, Gangwon, home to Kangwon Land, the country’s only casino that accepts Korean gamblers. Around 1,000 people who have subsequently moved near Kangwon Land are now living in poverty. Many borrow money or work menial jobs to support themselves. Suicides are not uncommon.

“There is no news of the coal briquettes I ordered four days ago,” 56-year-old Park Young-hee said, staring into the corner of her home where she kept her supply. The cold made the rental home, which contained only a large table covered with cigarette butts, feel even emptier.

Park makes her earnings by working at restaurants during the day, then clocks out in the evening and gambles it all away in Kangwon Land, home to the only casino in the country that accepts Korean gamblers. She lives alone in Jeongseon, Gangwon, which is where the casino is located, and when she’s too sick to work, she borrows her gambling money.

A decade ago, Park would never have imagined she would be living in such circumstances. Born to the wealthy owners of a wholesale fruit business, Park was able to study dance at a renowned university and worked for the upscale Walkerhill Hotel in Seoul as a professional dancer, performing for live dinner shows.

After getting married in 1996, Park moved to Japan and began her lucrative career as a businesswoman. She progressed to become a millionaire over the next nine years, earning almost 10 billion won ($9.29 million) from her successful management of a grilled meat restaurant, a massage parlor and a pub. Her finances were unaffected by her divorce in 2006, two years after returning to Korea. Back home, she opened another pub, along with restaurants specializing in Korean-style ribs and pork backbone stew in Uijeongbu, Gyeonggi. All three stores did very well.

Park’s first encounter with gambling took place in 2007, when she and a couple of friends went to play golf at Jeongseon. After the game, they decided to head over to Kangwon Land to test their luck. Park won 174 million won ($161,633) that day on a VIP membership.

Unable to forget the thrill of winning, Park soon found herself making weekly trips to the casino. An average weekend consisted of her driving to Kangwon Land on Friday and returning home to Uijeongbu late Sunday night. To make time for her gambling sprees, she left her two sons in the care of her ex-husband, and on weekends she left her businesses under the supervision of her employees.

Three months later, Park moved to Taebaek, Gangwon, to be closer to the casino. Now only 20 minutes away, the short commute allowed Park to go gambling every other day. She frequently started her day at the casino when it opened at 10 a.m., and left the following morning after an all-day and all-night gambling session. She made the move to her current abode in Gohan, Jeongseon, when the 20,000 won taxi fare to the casino from Taebaek became financially straining.

Park soon had to give up all three of her stores to fund her addiction. In less than a year, she had lost everything. Park has now been living in Jeongseon for 10 years without a stable income. Trapped in the vicious cycle of borrowing to gamble and gambling to pay off debt, Park says she will leave Jeongseon once she has enough to get out. Jeongseon residents may only enter casinos once a month, so she keeps her address listed as her old home, Uijeongbu.

There are over 1,000 destitute non-locals living in Jeongseon just to gamble at Kangwon Land, according to the Korea Center on Gambling Problems. The center also says that up to 40 percent of taxi drivers and over 70 percent of restaurant employees in the two towns closest to the casino are believed to have a gambling problem. Many sleep in saunas or cars, while others beg or depend on government assistance to finance their addiction. Suicides, as well as deaths among those who forsake visits to the hospital to spend more on gambling, are not uncommon.

“I miss my dance days,” Park told the JoongAng Ilbo. “I regret stepping foot into that casino. But I do not resent that casino or the people there. That would be useless.”