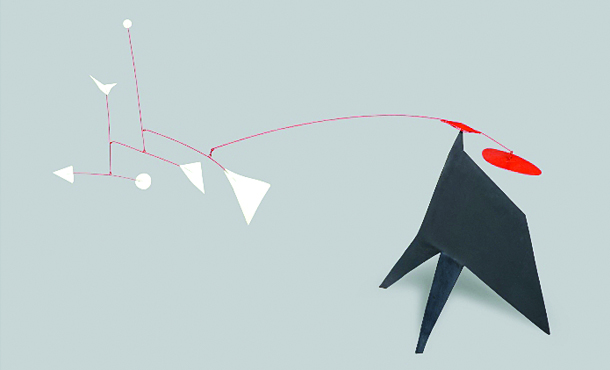 Until the auction takes place, a preview of the works to be put up for sale is running. The auction house will offer 233 items worth at least 15 billion won ($13.78 million) in total at the sale.

Among the highlights is a calligraphy piece made by Korean independence activist Ahn Jung-geun (1878-1910) in prison before his execution for assassinating It? Hirobumi, a four-time Prime Minister of Japan.

The works on sale also include those by famous foreign artists such as the famous American sculptor Alexander Calder’s mobile-stabile “Man with Short Neck” and contemporary art star Anish Kapoor’s sculpture “Untitled.”

Admission is free. The auction house is a 10-minute walk from Apgujeong Rodeo Station, Bundang Line, exit No. 6.

To Dec. 17: Amsterdam-based Turkish artist Fahrettin Orenli’s solo exhibition features works of diverse mediums including meticulous drawings and paintings, photographs, video pieces, site-specific wall paintings and even poetry. Together, they show the artist’s long-held interest in the impact of economics and politics on the world.

The exhibits include a big painting hanging on the wall, which depicts a monstrous woman giving birth to numerous humans.

“Humans have grown cities into giant living, organic structures,” the artist told the Korea JoongAng Daily. “And then we get lost and disappear in what we have created .?.?. we become just parts of what we have created, with our knowledge flattening into one.”

This view is also reflected in another painting, “Blind Seoul,” which he created based on his impression of the Korean capital. 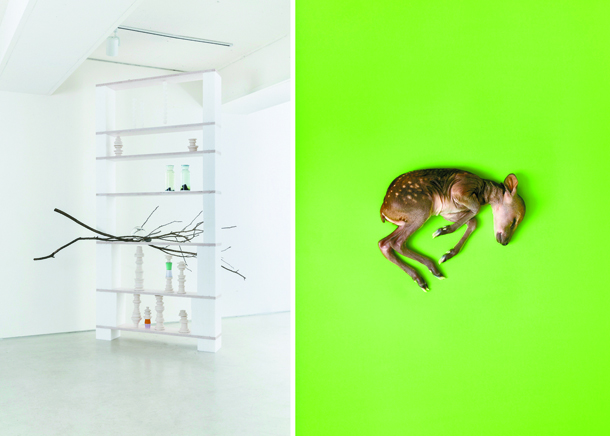 To Dec. 17: The group exhibition held by the Public Art, a major monthly art magazine of Korea, features 27 pieces of works by 26 teams of artists. The participants are artists who have been designated the “New Heroes” of Korean art by the magazine over the past three years.

The magazine has found promising artists by inviting young artists to an annual open competition and have introduced the selected artists in detail in the magazine.

A total of 108 “New Heroes” have been selected through the contests since 2007, when the magazine launched the project.

The magazine has held exhibitions of the selected artists since 2010.

Admission is free. The art center is closed on Saturday and Sunday. Go to Hyehwa Station, line No. 4, exit No. 1 and walk for 10 minutes.

To Dec. 17: The ninth edition of the group show “Korea Tomorrow,” held annually to review trends in Korean contemporary art, features more older artists than ever this year.

Many of the 27 participants are stars of minjung art, such as Hwang Jae-hyung, Lee Jong-gu, Lim Ok-sang and Shin Hak-chul.

Minjung art literally means “the people’s art” and refers to realist paintings with strong political or social messages against the Korean military regime of the 1980s and later conservative politics. The exhibition focuses on landscape paintings by the minjung artists, which delicately suggest or boldly expose common people’s hardships and pain.

Admission is 10,000 won for adults. The museum is closed on Mondays. Go to Gwanghwamun Station, line No. 5, exit 1, and walk for 10 minutes. 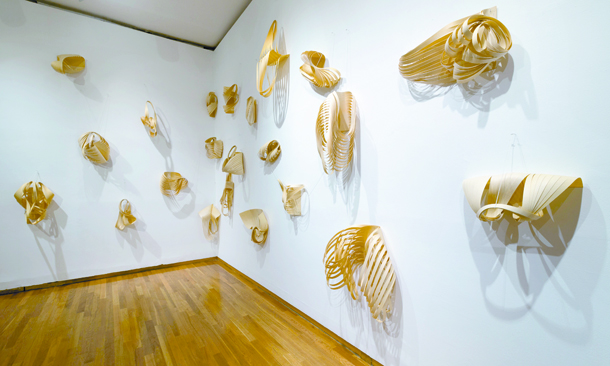 To Jan. 28: The exhibition emphasizes the rawness of drawn art. “B-Cut Drawing” includes pieces from 10 Korean artists that capture the essence of their subjects through the unrefined quality of the sketches.

The artist took rubbings from the surfaces of tree trunks and added drawings to form human faces. Leehaeminsun said she started the series after finding that older people’s faces resembled trees. 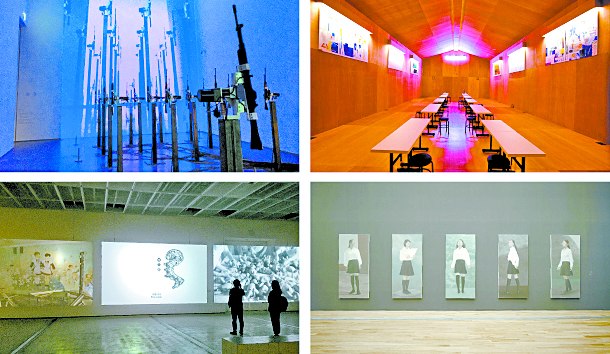 To Feb. 18: This is an exhibition of the four artists nominated for the sixth “Korea Artist Prize,” granted by the museum and the SBS Foundation, since this year’s edition looks like a well-designed group exhibition under a specific theme rather than a competition.

The 2017 finalists are Bek Hyunjin, Sunny Kim, Kelvin Kyungkun Park and Song Sanghee. All of them are quite different from one another in style and medium they use. But their works can be linked to create a story about the realities of Korean society as perceived by individuals.

The winner will be announced today.

The theme touches on modern and contemporary art’s quality of making “cracks in our stereotypes, common sense and fixed social orders,” according to the National Museum of Modern and Contemporary Art (MMCA).

The exhibition includes the controversial painting “Beautiful Woman” which is on display to the public for the first time in 26 years.

The move came after prosecutors in December concluded it was an authentic painting by the late Korean modern artist Chun Kyung-ja (1924-2015), going against allegations made by the artist herself during her lifetime and her descendants that the painting is a forgery. 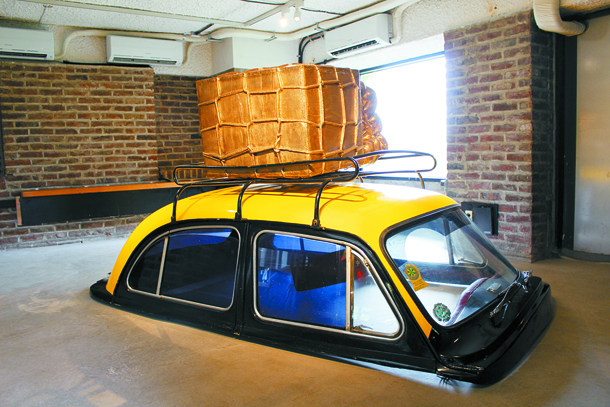 For an indefinite period: A permanent exhibition at the Arario Museum, which opened on Sept. 1, 2014, is held in the iconic ivy-covered brick building designed by the legendary Korean architect, Kim Swoo-geun (1931-86). Space’s intricately linked display areas and spiral staircases remain in their original state, while the artwork is cleverly installed in unexpected locations.

About 100 pieces by more than 40 major contemporary artists are on display with only one artist in each room.

Admission is 10,000 won for adults. Go to Anguk subway station, line No. 3, exit 3 and walk for three minutes.