Supreme Court rules on the side of Roy Kim

Supreme Court rules on the side of Roy Kim 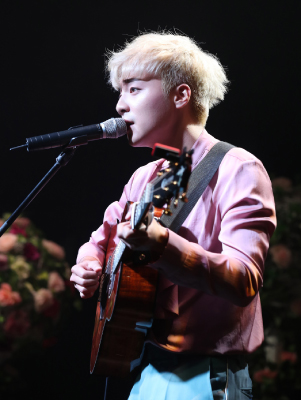 The Supreme Court made its final decision to side with singer Roy Kim and his track, “Bom Bom Bom,” in a plagiarism lawsuit filed by Christian music composer Kim Hyung-yong.

On Monday, the Supreme Court upheld the original ruling against the plaintiff.

In August 2013, the composer filed a civil lawsuit claiming the singer and CJ E&M, his agency, plagiarized his music for the single “Bom Bom Bom,” which was released in April 2013. Composer Kim claimed that although he didn’t officially release his music, he composed “From the Landscape of the Lord” in 2012 and that the singer copied his music after it had leaked online.

At the first trial for the case in August 2015, the singer won, with the Seoul Central District Court saying that, “Even though there are a few similarities in the two songs’ melody, harmony and rhythm, many of the parts are different.”

After the ruling, the composer filed an appeal. The trial, held in June 2017, also ruled in favor of the singer.