New releases are no match for ‘The Swindlers’

New releases are no match for ‘The Swindlers’ 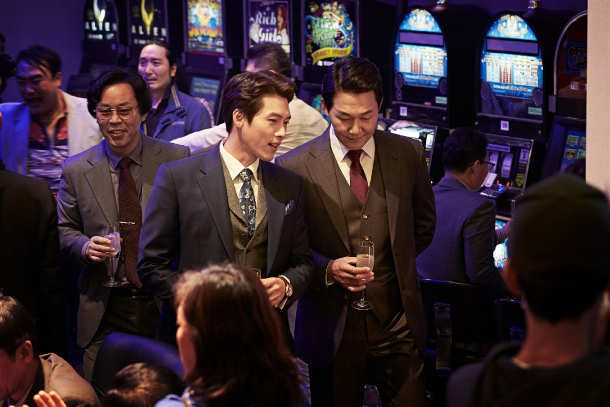 “The Swindlers” remained strong at Korea’s weekend box office despite a string of new releases.

The Showbox-distributed crime flick, starring Hyunbin and Yoo Ji-tae, sold 672,000 tickets at 1,006 screens from Friday to Sunday, according to Korean Film Council. The movie has sold a total of 3 million tickets as of Monday morning.

The film revolves around a con man who only cheats on swindlers and an ambitious prosecutor. The two, along with a team of con artists, work together to track down an infamous hustler, who fled Korea after amassing billions of won through a pyramid scheme. The film has made a total of 23.4 billion won ($21 million).

Three new releases - “Forgotten,” “Murder on the Orient Express” and “The Chase” - landed in second, third and fourth place.

“Forgotten,” starring Kang Ha-neul and Kim Moo-yul, revolves around a man who suffers from nervous breakdowns and his older brother. The younger brother notices that the elder has changed after miraculously returning from a kidnapping.

Over the weekend, the mystery thriller sold 396,000 tickets, bringing its total sales to 570,000 tickets since it was released on Wednesday.

The Kenneth Branagh-directed murder mystery “Murder on the Orient Express,” adapted from the Agatha Christie novel, failed to meet expectations stemming from the novel’s popularity and the star-studded cast, which includes Judi Dench, Johnny Depp and Penelope Cruz. In its debut weekend, the movie sold 333,000 admissions.

Thriller “The Chase,” adapted from the webtoon “Aridong’s Last Cowboy,” sold 172,000 tickets over the weekend. Starring Baek Yoon-sik and Sung Dong-il, the film is set in an old village, where a series of murders that went unsolved 30 years ago start repeating.

DC Comics’ latest superhero movie “Justice League” was pushed three spots down to round out the top five. The film, which sold a total of 1.75 million tickets, has been no match for Disney-Marvel’s “Thor: Ragnarok.”

“Thor” sold 4.82 million admissions since its release on Oct. 25, and came in at eighth over the weekend.