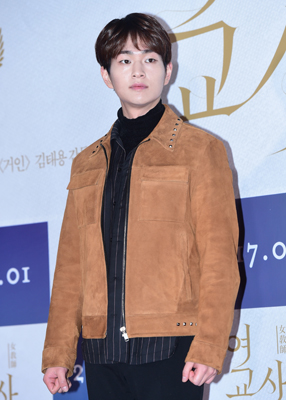 Onew of the boy band SHINee uploaded a hand written apology for a sexual harassment incident he was involved in this August to the group’s official website.

The letter reads, “I am truly sorry to disappoint all of the fans who have cared and loved me. While stepping back from entertainment for the past four months, I’ve looked back and can only blame myself.”

He also explained why it took so long to officially make a statement on the incident. “I was contemplating for long how to best apologize and I felt too sorry to even write a letter.”

In the early morning of Aug. 12, the singer was taken in by police for sexually harassing a woman at club in Gangnam, southern Seoul. He told police that he did not remember the incident because he was drunk. S.M. Entertainment, the singer’s agency, published a statement apologizing for the incident at the time.

The singer bowed out of the JTBC drama “Age of Youth,” which he was filming at the time. The victim later withdrew the accusation.

Despite the singer’s apology, the group’s fans have already turned their backs on the singer. On Tuesday, fans published a statement on website DC Inside, demanding that Onew leave the group, adding that they will no longer support the singer.