Actors fight for their money : Delayed payments for film and television casts and crew have long been an issue

Actors fight for their money : Delayed payments for film and television casts and crew have long been an issue

A number of actors have recently spoken out for not getting paid. From left are actors Koo Hye-sun, whose agency is fighting for payments owed to her since 2011, Kim Woo-bin and Ko Soo, who both have yet to be paid after working with the same advertising company, and Jang Hyuk, who still hasn’t been paid for a movie he recently finished. [NEWS1, YONHAP]

There’s nothing worse than working hard and not getting paid for it. But it turns out that many people in the entertainment industry, including production staff and even some well-known celebrities, have been denied the paychecks that they were promised. Five celebrities, including actors Ko Soo, Kim Woo-bin and Koo Hye-sun, recently revealed that they had not been paid for work they had done years ago, and industry insiders claim that the situation is much worse for those who work behind the scenes.

The on-going controversy started when the Korea Entertainment Management Association (CEMA) announced an official boycott of an advertising agency that failed to pay Ko and Kim for work they completed in 2012 and 2013, respectively. The agency is said to have worked with Ko and Kim in August 2012 and March 2013, but has failed to pay either of them even after being sued by both actors.

“Recently, the number of cases in which people aren’t getting paid for their labor in the entertainment field is growing,” said CEMA in its official statement on Nov. 30. “This is damaging people from all over entertainment as well as those working in the field with good intentions. We at the CEMA have recognized that this is a serious matter, and we are working to solve the problem.”

The agency is still refusing to pay the actors on grounds that it “has no money to pay with,” but both Ko’s agency and Kim’s agency are still fighting for their stars to get their money. “We’re keeping up with the legal measures… We’re not planning on giving up until we have a solution,” said Sidus HQ, Kim’s entertainment agency. 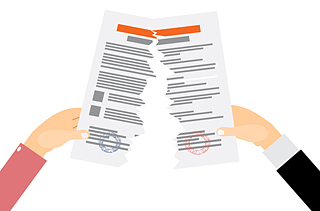 Actress Koo Hye-sun hasn’t been paid the 260 million won ($238,000) she was promised for a drama she shot in 2011. Her agency, YG Entertainment, took the matter to court six years ago, but the payment still has not been made. “We’ve done everything we can. We’re depending on CEMA to do its job,” said the agency.

The film industry isn’t safe from the controversy either. The cast and crew of the upcoming movie, “The Swordsman” have voiced complaints against the film’s production company, Opus Pictures, for not having paid them months after signing their contracts. The movie features actors Jang Hyuk and Jeong Man-sik, both of whom have stated that they have not been paid yet. It is slated to hit theaters in the first half of next year.

Film producers usually pay actors first and then the crew, making the situation worse for those who often work the hardest on set. “It’s true that we haven’t been paid yet. We feel so frustrated because our payments are getting delayed when it isn’t our fault. But seeing as how we’re the crew, it’s hard say something officially,” said a member of the crew who wished to remain anonymous.

“It’s often the case in the film industry that people just shut their eyes [to these things], thinking, ‘we’re going to see each other anyway,’ since those working in the film industry are similar people,” said the insider. “We used to avoid conflict and wait, but now the time has come to stop fooling ourselves. If we just keep going the way we are, then there will be more and more victims. Work is work. We need to end this right away.”

Rep. Kim Byung-wook of the ruling Democratic Party revealed on Oct. 25 that the total of all the payments that had not been made by the nation’s three biggest TV channels, KBS, SBS and MBC, totaled 3.1 billion won over the past eight years. According to Rep. Kim, the broadcasters often make their programs and dramas using subcontractors, who fail to pay their cast and crew due to their low budgets.

“The non-payment crisis is directly linked to the staff and actors whose conditions are dire, and should be solved even it’s for the sake of the development of Hallyu [Korean wave],” said Kim. “There should be [legal] measures that necessitate the payment date in the contract papers, to prevent this from [happening again].”