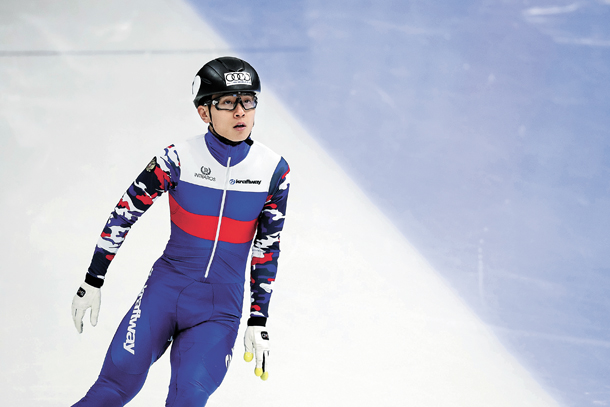 The 2018 PyeongChang Winter Olympics may have some Russian competitors after all, as Russian President Vladimir Putin announced that he will not prevent athletes from competing at the Winter Olympics on Wednesday. 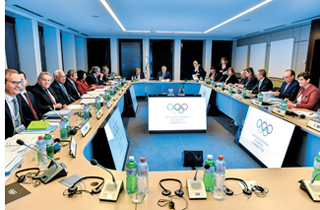 The International Olympic Committee Executive Board holds a meeting in Lausanne, Switzerland, on Wednesday. [XINHUA/YONHAP]

“Without a doubt, we will not declare a blockade,” Putin said while visiting an automobile factory. “We will not prevent the athletes from participating at the event as individuals.”

On Tuesday, the IOC decided to ban Russia from the 2018 Games during a meeting at the group’s headquarters in Lausanne, Switzerland. The Olympic governing body decided that it would allow individual athletes to compete if they passed doping tests, but only under the banner of “Olympic Athletes from Russia.” This is the first time the IOC has banned a specific country’s participation at the Olympics since South Africa in 1964.

Additionally, the Russian anthem will not play if athletes win a gold medal. Instead, the Olympic anthem will be used. Regardless of the athlete’s performance, Russia’s medal count for the 2018 PyeongChang Winter Olympics will remain as “0” in the Olympic record book.

Following the IOC’s decision, a number of athletes and officials in Russia have called for the athletes to completely boycott the Games. Putin’s statement raises the possibility of Russian competitors taking part, as he specifically indicated that there will be no government-sanctioned boycott of the event.

IOC spokesman Mark Adams said on Wednesday that any Russian athletes who decide to compete may be allowed to wear Russian uniforms and walk with the Russian flag - but only during the closing ceremony.

While the response from Russian athletes was mixed, Victor An, also known as Ahn Hyun-soo, is set on participating at the Olympics as an Olympic Athlete from Russia.

“I really want to compete at the PyeongChang Olympics,” An said. “I want to race in front of my daughter in the country I was born in.”

If An does compete at the PyeongChang Olympics as a neutral athlete, he will be the first athlete in Olympic history to wear three different uniforms - Korean, Russian and Olympic.

“I’ve been preparing for PyeongChang for the past four years,” An said at Korea National Sport University in southern Seoul on Wednesday. “I don’t want to give up.”

The Russian Olympic Committee will make its final decision regarding the participation of individual athletes on Tuesday.