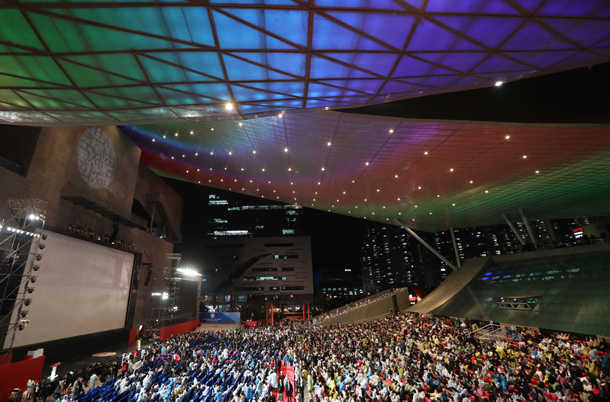 Busan will construct a Red Carpet Street next year near the Busan Cinema Center in the southern port city where the annual Busan International Film Festival is held. The project will be revealed at the opening ceremony of the 2019 film festival.

Celebrating the 100th anniversary of “Fight for Justice,” Korea’s first movie, the city of Busan will kick off its World Cinema Landmark project as the new year begins.

The city has acquired 2.3 billion won ($2.1 million) in government funds for the project, to commemorate the significant development of the film industry in Korea over the past 100 years.

The street will be 765 yards long, starting from the AZ Works building and ending in front of the Cinema Center. A wall displaying information about the 100-year history of Korean cinema will be on display.

A media wall made of transparent glass, will entertain visitors by displaying texts, images and videos of some of Korea’s most important films.