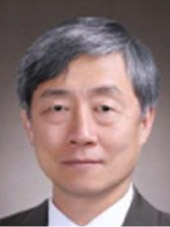 Choe Jae-hyeong, president of the Judicial Research and Training Institute and a former judge at the Seoul High Court, was nominated by President Moon Jae-in on Thursday to lead the Board of Audit and Inspection (BAI).

Choe, 61, a Seoul National University graduate born in Jinhae, South Gyeongsang, needs parliamentary approval for the four-year post and will soon undergo a confirmation hearing. The nominee is a perfect fit to “realize a clean, upright public sector and a trustworthy administration,” the Blue House said in a statement.

Yoon added that the presidential office expects Choe to “safeguard the BAI’s independence and political neutrality,” while improving its transparency and fairness in auditing administrative institutions and public officials.

The ruling Democratic Party lauded Moon’s pick, saying in a statement Choe was “revered for being very reasonable and well-balanced.”

The opposition bloc said it would verify whether the former judge meets all seven major prerequisites the Blue House unrolled last month for future appointments. Namely, that nominees must not have evaded compulsory military service, made speculative real estate investments, evaded taxes, kept a fake address more than once after July 2005, plagiarized a thesis after February 2007, driven under the influence of alcohol more than once in the past decade or intentionally misidentified him or herself to authorities over the same period, or have been penalized for a sex-related crime after July 1996.

In a remark, Choe said he felt “immense responsibility” for the post, adding he would devote himself to win back the public’s trust if he passes the parliamentary hearing.

A devout Christian with two daughters and two adoptive sons, Choe’s father is known to be a Korean War veteran who took part in a naval battle against North Korean forces.

When Choe worked as a judge for Seoul High Court, he upheld a lower court’s decision to rule on the innocence of Democratic Party Rep. Cho Eung-cheon, a former secretary for civil service discipline to President Park Geun-hye. Cho was accused of leaking a confidential report about behind-the-scenes power brokers in the presidential office. Choe also cleared People’s Party Rep. Park Jie-won of bribery charges when the lawmaker was sent to court for allegedly receiving kickbacks from SBI Savings Bank.