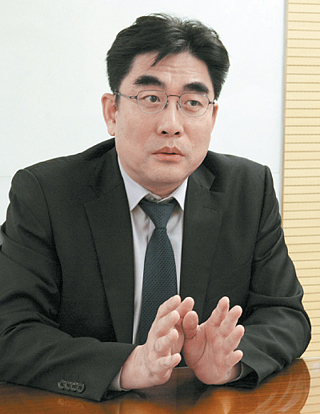 KT announced on Friday that it promoted seven high-level executives including Lee Dong-myun, head of KT Institute of Convergence Technology, who had been in charge of the mobile carrier’s research and development in the latest technologies.

With the aim of commercializing a 5G network in 2019, faster than any other carrier in the world, KT has been hoping to use the upcoming PyeongChang Olympic Games to show off its 5G developments.

With Lee promoted, the mobile carrier is moving to crank up the pace of its research and development.

The marketing, enterprise sales, finance, IT planning and public relations divisions were recognized for their performance this year, KT said.

Kang was recognized for creating a KT-specific phone plan, dubbed the “Y series.” Lee Pill-jai was promoted for his leadership in stabilizing the GiGA Genie business. Lee announced a goal of attracting 500,000 users to its smart speaker platform after releasing three new devices just last month. CFO Shin contributed to the mobile carrier recovering its A-level credit ratings from three major credit firms in the world. Park was recognized for playing a central role in boosting business targeting enterprises.