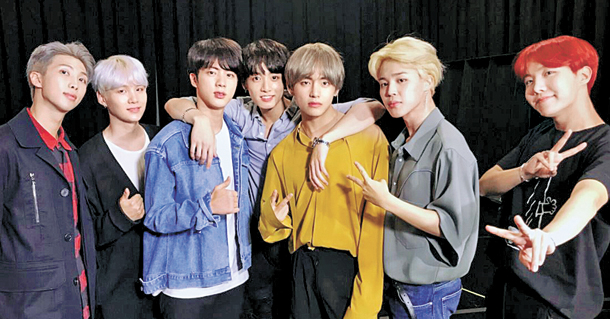 K-pop sensation BTS has claimed the top spot on Japan’s Oricon singles chart for the fourth straight day, according to Oricon’s website Sunday.

“Mic Drop/DNA/Crystal Snow,” the boy band’s eighth Japanese single release, climbed to No. 1 on the Oricon Daily Singles Chart on Friday, scoring 15,287 points. The single has stayed on top since it came out on Tuesday, winning a total of 334,156 points.