Doctors in a state

Doctors in a state 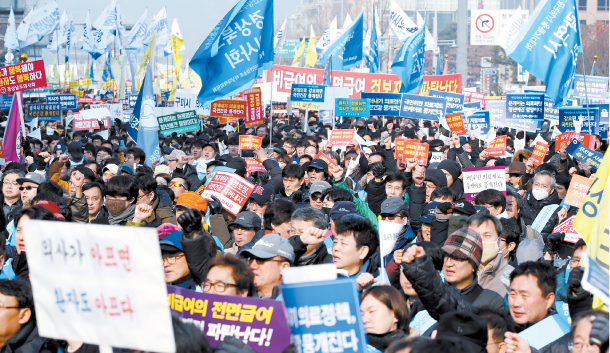 Some 30,000 doctors gather in central Seoul on Sunday to stage a rally to protest so-called Moon Jae-in Care, policies that they claim will reduce their earnings. Moon Jae-in Care is aimed at providing medical services to the general public at reasonable prices under the government’s medicare program, according to the Korean Medical Association. If Moon Jae-in Care is implemented, the profits of hospitals and clinics may be reduced as patients pay less for treatments supported by the national medicare program. [YONHAP]