Turning tough times into triumph : Yangpa has faced some setbacks in her career, but after a hiatus, she is soaring with a new sound

Turning tough times into triumph : Yangpa has faced some setbacks in her career, but after a hiatus, she is soaring with a new sound 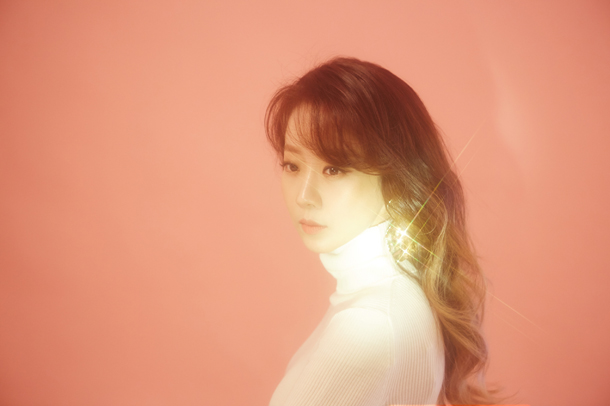 Twenty years after her debut in 1997 with the song “Love of a Very Young Person,” singer Yangpa is finally back with her sixth album. It has been almost 10 years since she last released a new song that was not featured on a drama soundtrack.

The first single off her sixth album, “Trembling” is a British-pop ballad about the nerves one feels when reuniting with a former lover, expressing the familiar but strange feeling of contacting the person and hoping for reconciliation.

The Korea JoongAng Daily sat down with the singer to find out more about what she has been doing during her hiatus and her plans for the future. The following are edited excerpts.

A. Yes, you are right. A lot has changed, and I did try to break out of the frame of a typical “Yangpa song.” I tried to sing in a more soothing way, without fancy flourishes or hitting high notes. I focused on passing on my emotions so that listeners can sympathize with the lyrics, melodies and the story behind the song.

I debated a lot over how to portray this song. I made three or four versions of it and thought this was the best choice. Although some may say that the song is too soothing, I wanted my song to whisper the melodies into listeners’ ears, and make them think, “Hey, this is my story, this is about me.” It’s really different from my last album because in my fifth album I was still on my twenties and I had this determination to create the songs that would satisfy me. I don’t know if all singers my age feel this way - but now I want to touch listeners’ hearts, and fulfill their tastes more instead of mine.

You’ve had quite a full plate with your former agencies. With so much going on, do you ever feel sorry that you haven’t released as many songs as you could have when you were young and passionate?

Yes, I do feel sad about that. Actually, I think it’s a bit unfair that all the passion, ideas and emotions brimming inside me when I was younger are gone now. And I do feel sorry that I haven’t released as many songs as I should have.

However, I think there’s also the fact people were even more sympathetic about my circumstances because I am a singer. I mean, since I’m a celebrity, a lot more of my personal life is known by the public than others. So, although I have gone through a lot and some may think of me as unlucky, I think this could happen to anyone. You move to one company but then it becomes bankrupt. Then, you move to another company, and it also falls apart. So, although I have suffered and been absent for quite a while because of that, I don’t believe that I’ve been particularly unfortunate, though I regret that it has affected my career.

You performed on the third season of the hit show “I Am A Singer.” How was that experience? Have you gained anything from the show?

First of all, the timing seemed to be right. I had gone through all those lawsuits with former agencies and I was sort of wondering where I should go, and what I should do. Then, I got a call from the show. At the time, I felt uncomfortable about these contest shows because I didn’t want to be evaluated for my singing skills or be involved in a competition. But looking back, although it was tough and competitive - and it was especially difficult because I didn’t have an agency at the time - I had the chance to sing with a high-quality sound system, and it really motivated me. On the show, I had the opportunity to focus entirely on singing and only care about how to make the song I was performing mine. So it was really enjoyable, and I learned a lot.

But it was tough and really intense during that time. Like a soldier, I simply had to adjust to the environment and prepare one song per week. Nevertheless, the show changed me, and brought out sides of me that I did not think I was capable of.

What are your plans with this song and the rest of the album?

When I introduce this song, I tell myself and everyone that this is the first song of my sixth album. My plan is to release the songs one by one - let’s say once a month - and to collect them on an EP.

I suggested releasing the songs this way to the agency because I thought that the rest of the good songs get thrown away except for the lead single when an artist produces a full album. I wanted listeners to treasure all of my songs, and this way I could focus more on each song I release.

The next song will probably be a one I recorded with the singer Naul. I’m also planning on doing collaboration with the artist Yoon Jong-shin, a ballad song that sounds more like the “Yangpa style” that listeners are familiar with. I also want to release more songs with sides of me that I haven’t shown to the public yet. I hope my fans and listeners will stay tuned for the rest of the songs off of my sixth album.