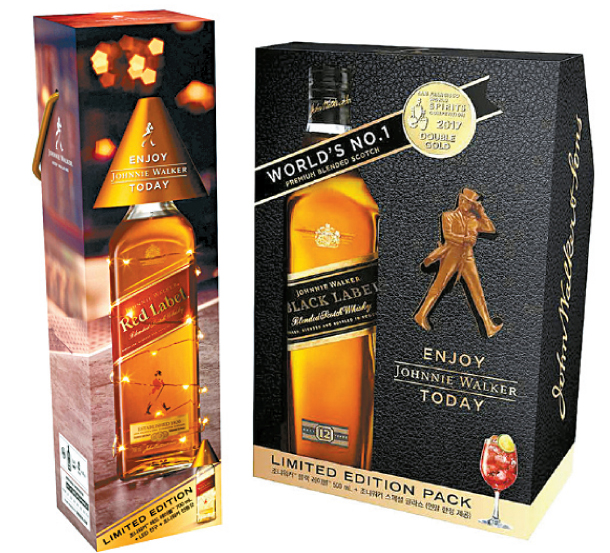 A 700-milliliter (24-ounce) Red Label bottle will come with an LED light and lamp shade so drinkers can turn the empty bottle into a tree-shaped mood lamp. A 200-milliliter bottle will include a can of lemon-flavored soda to mix with the whiskey.

“Johnnie Walker has become a friendlier drink among the general public compared to the past,” a Diageo Korea spokesman said, “with a rising number of people drinking whiskey with lemon and soda. The latest Christmas edition is expected to make year-end gatherings more special with diverse items included in the package.”

The special-edition sets will be available at discount chains and convenience stores.