Finding a way to honestly portray family on film : ‘The First Lap’ director questions meaning of marriage in latest film

Finding a way to honestly portray family on film : ‘The First Lap’ director questions meaning of marriage in latest film 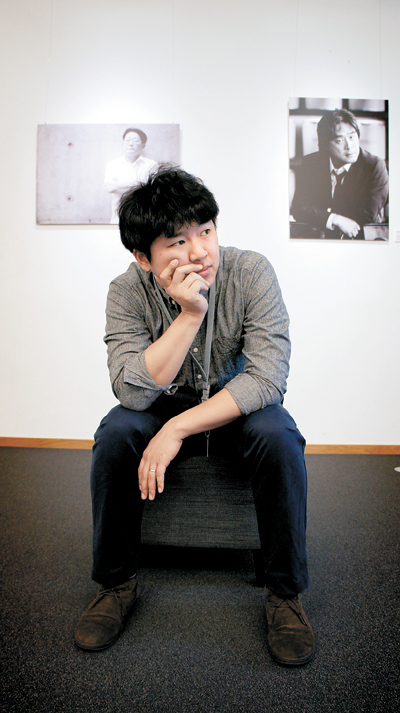 Director Kim Dae-hwan’s “The First Lap” is his second film to deal with family. The movie, which arrived in theaters on Dec. 7, centers on a couple that encounters struggles as they begin to think about getting married after dating for seven years. The movie was given the Best Script Award at the 32nd Mar del Plata Film Festival. [INDIEPLUG]

Kim Dae-hwan may not be a household name, but the rookie director has steadily gained recognition for his observational directing style in recent years, and has managed to solidify his name as one of the most promising filmmakers in Korea with his latest award-winning film, “The First Lap.”

Kim released his first feature “End of Winter” in 2014. The drama, revolving around a family forced to spend an awkward few days snowed-in at their home in Cheorwon, Gangwon, after the family breadwinner suddenly announces that he wants to divorce his wife on the day he retires, earned the New Currents Award at the 2014 Busan International Film Festival.

The director’s sophomore feature “The First Lap,” which hit theaters last week, also deals with the subject of family. This time, however, the filmmaker delves into the challenges of a young couple feeling unsure about marriage. The film follows the journey of Ji-young (Kim Sae-byeok), a contract worker at a broadcasting station, and her boyfriend Su-hyeon (Jo Hyeon-cheol), a private academy art teacher, as they make visits to each of their parents.

Throughout the film, the director does not provide a definite answer to what marriage is and the couple remains unsure about the path that most of their contemporaries chose to take.

“I thought it would be too arrogant of me, who wasn’t even married while working on the film, to give an answer to the audience about what marriage is,” Kim told the Korea JoongAng Daily during an interview last week. “I hoped to ask the question about marriage for myself as well as throw the question to the audience.”

To discuss the movie, for which Kim was named Best Emerging Director at the 70th Locarno International Film Festival, the filmmaker sat down for an interview with the Korea JoongAng Daily. The following are edited excerpts. 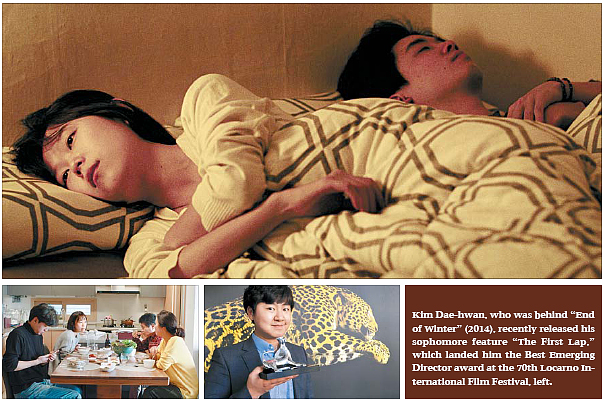 Q. You started off writing the script for the movie with the question, “What is marriage?” What prompted you to make a movie out of it and does the story reflect personal experience?

A. I started planning the movie after dating my current wife for seven years. I very much hoped to get married. But instead of holding a wedding ceremony, I just wanted to spend more time together with my then-girlfriend, which felt like a huge burden when I related it to marriage. I was also concerned about financial troubles as well as the formal procedures I would have to go through, like meeting each others’ parents before getting married. Whether my girlfriend and I would still be able to love each other forever was another promise I was concerned about keeping. Though I wasn’t sure where these unsettling feelings were exactly derived from, I realized that many of my friends also shared similar feelings. So I became quite certain about making a film out of the subject.

The film is embedded with the uncertainty a young couple feels as they go toward a path they have not taken before. Is there a specific message you wished to deliver via the story?

Instead of trying to deliver a grand message, I aimed to show the unsettling feelings felt by my peers. Although you may not be sure which direction to take in life, the fact that you have somebody beside you could be encouraging. I hope for the film to inspire that small bit of courage to audiences and have them question what marriage means.

Though there was a script, you accepted a lot of improvisation from the actors. Was that an effort to make the story more realistic?

I thought acting naturally was necessary for the film because I wanted the audience to feel that the main protagonists could be someone they know, meaning it was important for me to make the audience perceive the film as “our story.” Also, I didn’t want to define an answer. The script could be either a strict guideline or a rough sketch. For me, who wasn’t even married, I thought it would be more appropriate to throw out a question and unfold the story as I try to find an answer to that question. That’s why I relied on ad libs.

That must have been possible because you had a lot of trust in the actors.

For the female protagonist, I wanted someone who looks kind. I met Kim Sae-byeok several times at international film festivals, and learned of her charms. I’ve wanted to work on a movie with her, so as soon as I completed the script, I offered her the role. As for Jo Hyeon-cheol, he has a very unique style of acting. His acting is so natural that you can’t even figure out whether he is acting or showing his true self.

The scene where Ji-young knocks on the front window of their car from outside while Su-hyeon is sitting inside, shouting “I’m so scared,” was very powerful. Was that also an ad lib?

Yes, it was. I was very surprised when I first saw the scene on playback. I told her that we would need a scene where her fears were revealed, but I couldn’t imagine she would do it that way. I almost teared up while editing the scene. I really like that scene.

Su-hyeon’s mother suggests Ji-young first try living with Su-hyeon before getting married. The view towards an unmarried woman and man living together is still taboo in Korean society. What’s your thoughts on it?

There’s nothing to agree or disagree on an unmarried couple living together. It’s something that every individual should decide through their own experience, not affected from external pressure. I believe the negative view about unmarried couples living together should disappear. While making the movie, I questioned what marriage is. Does a couple really have to hold a wedding ceremony and sign a declaration form for them to be married? Just being together could be another form of marriage. I wish different forms of marriage could be accepted in society.

Both of your feature films have dealt with family. Will your next movie also center on a family?

I’m planning to make one more film on family. It will be a story about a mother and remarriage. It will be set in Chuncheon, Gangwon, in the spring. I’m currently working on the script.