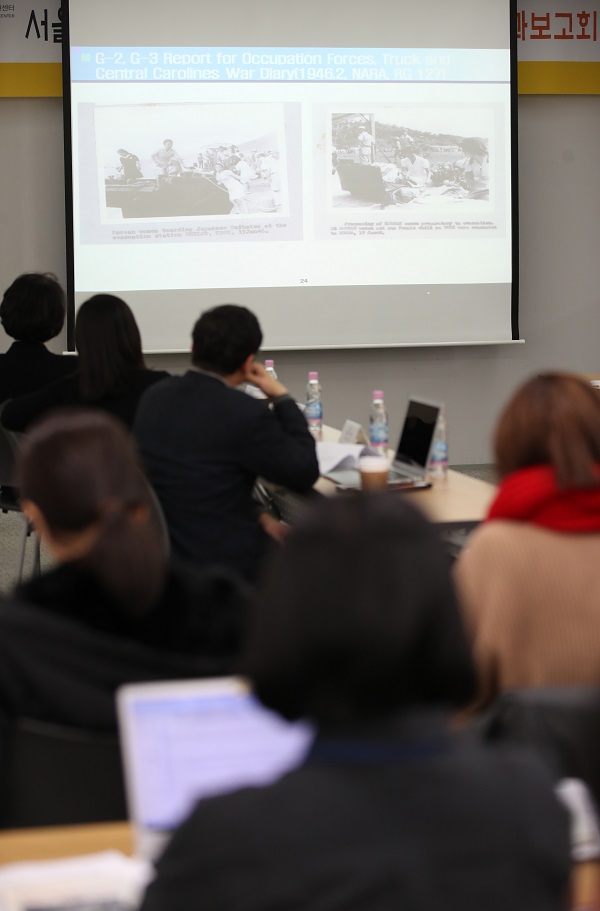 At least 26 Korean girls and women were stranded on an island in the southern Pacific to serve as sex slaves for Japanese naval forces during World War II, local authorities said Monday.

Located some 2,422 miles southeast of Korea’s Jeju Island, Chuuk, also known as Truk, is currently under the control of the Federated States of Micronesia.

The historical documents were provided by the U.S. National Archives and Records Administration.
In a New York Times article headlined “Japanese On Truk Are Not Prisoners” dated March 2, 1946, a passage reads: “Koreans were sent home by the Truk commander, Marine Brig. Gen. Robert Blake of Berkeley, Calif. and with them went 27 Korean comfort girls. The girls, said General Blake, wanted to stay and work for the Americans. They feared the Koreans would throw them overboard for having served Japanese but General Blake packed them off and has not heard whether any were thrown overboard.”

“Comfort women” or “comfort girls” are euphemistic terms for the females forced by Japan’s military to work in front-line brothels — “comfort stations” — during World War II.

Among the 368 passengers who took a ship named the Ikino on Jan. 17, 1946, 249 were Koreans, among them 26 comfort women and three children, said the research team.