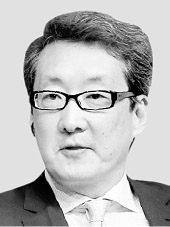 The United States is said to have requested approval of the new ambassador appointee from the South Korean government in a diplomatic protocol also known as agrement.

Washington has completed a vetting procedure for Cha, a former director for Asian affairs at the NSC under the George W. Bush administration, and recently requested approval by the Korean government, said sources.

Cha is director of Asian studies at Georgetown University’s Walsh School of Foreign Service and the Korea chair at the Washington-based think tank Center for Strategic and International Studies (CSIS).

One Korean source said, “It usually takes two to three weeks for agrement to be granted, but taking into consideration that the post of U.S. ambassador to Korea has been vacant for a prolonged period of time, we plan to process it as swiftly as possible.”

In 2014, the South Korean government granted an agrement for Mark Lippert as U.S. ambassador to Seoul in just one week.

As soon as an agrement is granted, Trump is expected to formally announce his intent to nominate Cha as the top U.S. envoy to Seoul, which could come as early as later this week.

The process for Lippert from his nomination to clearing Senate confirmation took around four months, particularly because it came during the August recess.

Taking into consideration current heightened tensions over North Korea’s nuclear and missile threats and the importance of relations between Seoul and Washington, the approval process is likely to be sped up.

Following a confirmation process by the U.S. Senate in January or February, if there is no major delay, Cha may take the post in February or March.

Cha, known as a hardliner on North Korea and China issues, was first mentioned as a candidate for the Seoul post in June.

U.S. Secretary of State Rex Tillerson, who served on the board of trustees at CSIS, was said to have recommended Cha. But the nomination process was delayed to the point that it was unclear if Cha would be named.

The post of U.S. ambassador to Seoul has been vacant for nearly a year since Lippert, who served under the Barack Obama administration, stepped down in January. Trump ordered all political appointees to leave their ambassador posts ahead of his inauguration on Jan. 20. Marc Knapper, charge d’affaires at the U.S. Embassy in Seoul, has been serving as acting ambassador since.

But the post of assistant secretary of the U.S. State Department’s Bureau of East Asian and Pacific Affairs, which deals with Washington’s relations with countries in the Asia-Pacific region, remains vacant. It is currently headed by Acting Assistant Secretary Susan Thornton after Daniel R. Russel, who served as assistant secretary of state for East Asian and Pacific Affairs since 2013, left the post last March.

Cha, if appointed, will become the second Korean-American to become top envoy to Seoul after Sung Kim, currently the ambassador to the Philippines, who served as U.S. ambassador to Korea from 2011 to 2014.

Cha was born in 1959 to Korean parents who immigrated to the United States following the 1950-53 Korean War.

He received his undergraduate, master of international affairs and doctorate degrees from Columbia University, along with a master of arts degree in philosophy, politics and economics from the University of Oxford.

He also previously served as Washington’s deputy head of delegation for the long-stalled six-party talks to denuclearize Pyongyang held in Beijing and received two Outstanding Service Commendations when he served at the NSC.

He is married with two sons.