Adoptee finds herself through French pansori

Adoptee finds herself through French pansori 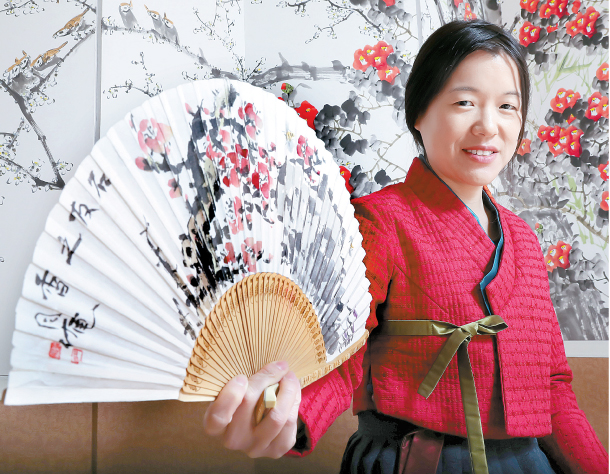 “An adopted Asian in France” was the identity that defined Shin Mi-jin all her life. Now, 37, Shin is trying to find a new identity for herself in pansori, the traditional Korean form of musical storytelling.

When Shin was just four months old, her mother asked a woman at a bus stop to look after her baby while she went to the bathroom. She never came back. This is the only information Shin heard about her mother from the orphanage in Cheongju, North Chungcheong, that took her in.

Shin was adopted by a French couple when she was a little over a year old. Her life in France was far from perfect, however. Her father was an alcoholic and her parents fought frequently. Shin spent her teenage years suffering from eating disorders, and her twenties coping with depression. She lived by herself since leaving her parents’ home when she was 21, and now barely maintains contact with her adoptive family.

In the hopes of finding her biological mother, Shin quit her job as a computer programmer and flew to Korea in 2012. She registered her DNA with the police station, and distributed flyers that read “Looking for my mother.” Though every search ended with Shin being unable to find any trace of her, she never gave up her quest to find her biological mother, travelling back and forth from France to Korea. 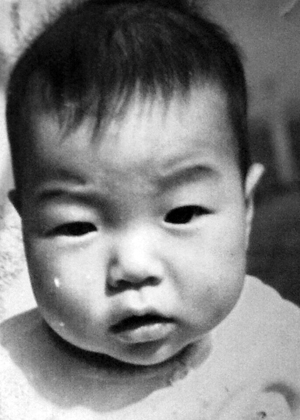 Shin at age 1. The photo was stored in the adoption agency. [SHIN MI-JIN]

Last year, when Shin came to Korea for the fourth time, she discovered pansori. She was drawn to the musical genre after attending a performance, and started taking pansori lessons shortly after. She had been interested in acting and performed minor roles in plays in France.

Initially, Shin sang pansori in Korean, though she was still new to the language. “I read the pansori lyrics in English to understand the story,” she explained, “and then memorized the Korean lyrics.” Frustrated by her clumsy Korean, Shin then came up with the idea of singing pansori in French.

“Amour, amour, amour, tu es mon amour,” she sang last Friday for reporters from JoongAng Ilbo, from her translated version of “Sarang-ga,” which means “Love Song,” from Chunhyang-ga, a famous pansori about a girl named Chunhyang. “It’s difficult to translate phrases that reflect culture,” she told them at her practice room in Soeul Soripan in Jongno District, central Seoul. “But I love the melody of pansori. Pansori and French chanson [French lyrical music] are similar in that they are both narratively rich.”

Shin’s passion for pansori allowed her to shine in Korea’s pansori scene, despite her lack of experience. Last year, she received an honorary award at “Nadoya Sorikkun,” an amateur competition for sorikkun, or pansori singers. Recently, she held her first public pansori performance during a Christmas event in central Seoul, organized by the Seongbuk District Office. Shin even has plans to perform “French pansori” in Korea and France next fall.

Shin attributes her achievements to her hard work. Besides recording lessons and reviewing them in her free time, Shin practices pansori for almost two hours every day at Mount Bukhan. Her pansori teacher, Min Hye-sung, a veteran trained by the Korean Cultural Heritage Foundation, lauded Shin for her progress. “Whenever I point out her problems, Shin comes to class the next day having corrected them all.”

Though Shin has yet to find her biological mother, she says coming to Korea and discovering pansori has helped better understand her identity.

“How I look or where I come from is not important,” she explained, “I am Mi-jin, and I like pansori, dance and performance. I smile, cry, dream and live.” Shin was recently able to attain dual citizenship, and now lives in Korea in a convent making rosaries part-time.

“It is inevitable that adopted children face an identity crisis,” Shin said, “I think people should think twice before sending children abroad for adoption from Korea, especially when the country is doing so well these days.”

She added, “I pray every night I can make pansori known across the whole world. And that I will be able to meet my biological mother and give her a big hug.”