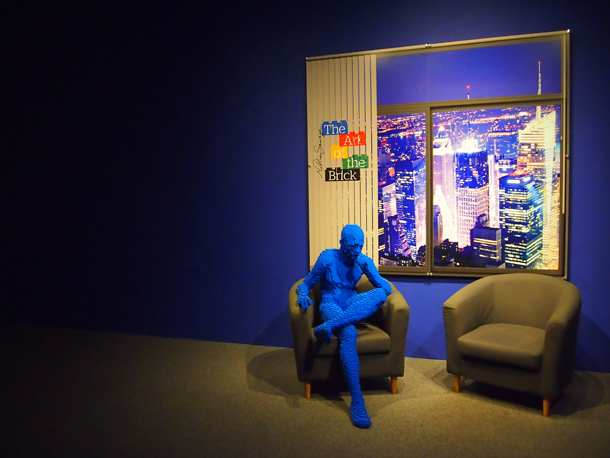 “The Art of the Brick” exhibition, now open at Ara Art Center in central Seoul, gives visitors a chance to see the creative works of artist Nathan Sawaya. [YOON SO-YEON]

Those who played with Lego bricks as children know the excitement of experimenting with their imagination to put together a little world of fun with their fingertips. But New York artist Nathan Sawaya, the man behind the first-ever brick art exhibition in the world, has built not just little villages or castles with his Lego bricks, but something entirely different. Until Feb. 4, the Ara Art Center in central Seoul will offer visitors the chance to take a closer look at Sawaya’s world at “The Art of the Brick” exhibit.

Named a must-see by CNN, the exhibition has landed in Seoul after traveling to 100 cities around the world, giving Koreans the chance to see with their very own eyes how the little blocks can come together to build something absolutely new. From objects like telephones, flowers and pencils to statues of dinosaurs, or replicas of classical paintings by Vincent van Gogh, Sawaya’s imagination has no limits. The Seoul exhibition displays some 100 works, made up of a total of over one million bricks altogether. 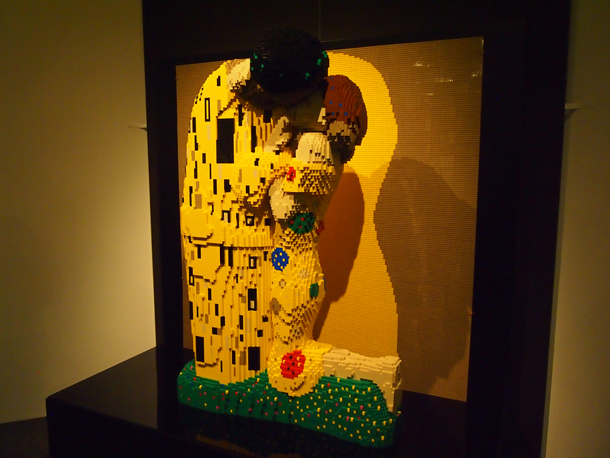 The exhibition walks visitors through seven sections: the artist studio, featuring relatively ordinary objects that are easily found in any studio; “Yellow”, the artist’s most famous work of a yellow man spilling out his Lego insides; the self-explanatory Dinosaurium; Human Condition, where his works express the innermost emotions of humanity that resemble abstract modern art and sculptures from the past; blue people looking ever more sophisticated under the blue light called “Blue”; Past Masters, a section full of classical works throughout the history of art such as the Moai statues and the Greek Venus; and the Portrait Room, where Sawaya has replicated paintings by historical masters, such as the Mona Lisa.

After taking a long look around the exhibition, visitors are free to get inspired and build their very own Lego figures at the end of the tour with actual bricks to build with, as well as console games made by the Lego company. The gift shop carries various Lego sets for enthusiasts to buy.