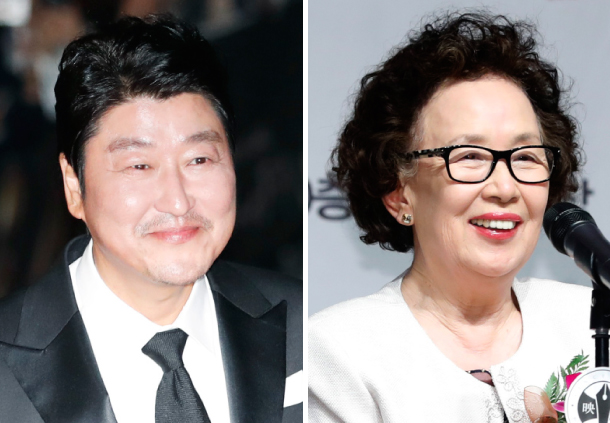 Actors Song Kang-ho and Na Muni were selected as the best actors of 2017 by the Korea Film Producers Association on Tuesday. The two actors were previously given the Best Actor and Best Actress awards at the 38th Blue Dragon Awards, held on Nov. 25.

In “A Taxi Driver,” Song, left, plays a driver who courageously takes a foreign reporter to the scene of the 1980 Gwangju Democratic Uprising. It is the only movie this year that has sold more than 10 million tickets in Korea, and became the ninth best-selling movie in Korean film history.

Na, right, played a surviving “comfort woman” in “I Can Speak,” a movie which illustrates how she strives to learn English from a public officer in order to speak up about her painful past. This year is the fourth year the Association has given awards. The event was organized to show gratitude to the cast and crew who produce movies in Korea.

The ceremony for awards will be held next Tuesday at Myeong Films Art Center located in Gyeonggi.