Vinegar-based drink is one of CJ’s most popular exports

Vinegar-based drink is one of CJ’s most popular exports 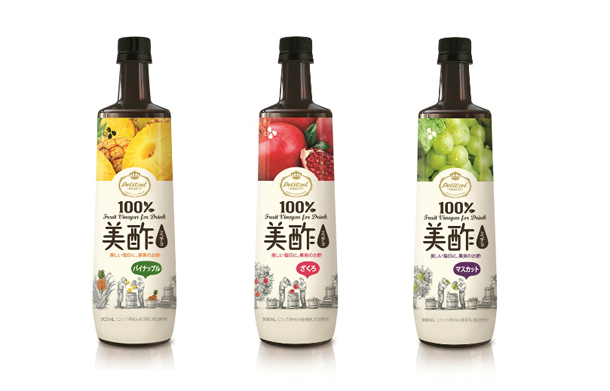 Petitzel Micho, a vinegar-based drink, is one of CJ CheilJedang’s most popular exports. [YONHAP]

The beverage started selling overseas in 2015. Export volume in the last three years has grown from 7 billion won ($6.4 million) to 23 billion won through November this year. The average growth rate per year was 50 percent.

Vinegar-based drinks have been around in Korea since the 2000s. The item has been especially popular among Korean women, who see it as a good detox drink for the skin and for weight loss.

Petitzel Micho has especially sold well in Japan, where the company is expecting to rake in 20 billion won in sales, double that of last year, from the drink.