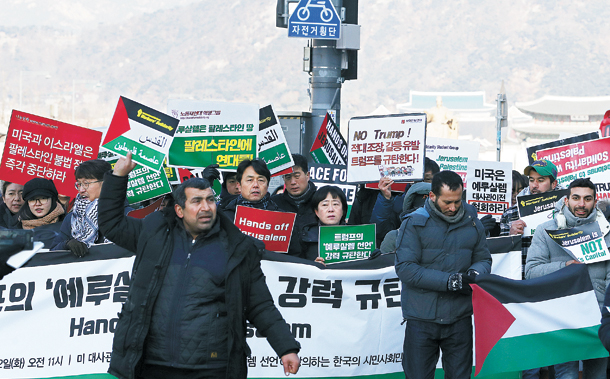 Korean civic groups led by the Antiwar Peace Solidarity, with some Syrians, Jordanians and Egyptians residing in Seoul, stage a rally on Tuesday to denounce U.S. President Donald Trump’s recent recognition of Jerusalem as the capital of Israel in front of the U.S. Embassy in central Seoul. [YONHAP]