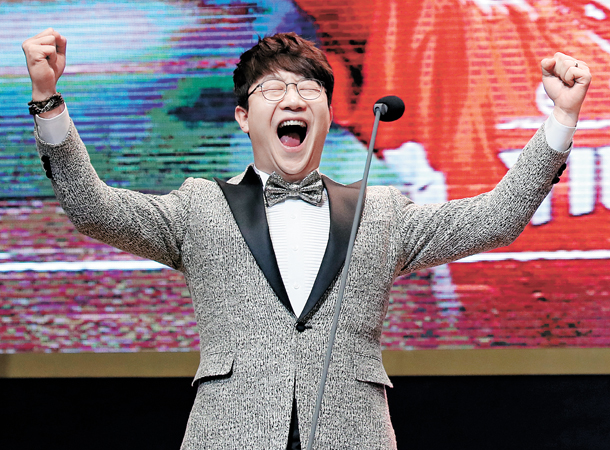 When Yang Hyeon-jong picked up his Golden Glove on Wednesday he rounded off a truly exceptional 2017. With the glove in hand, Yang became the first player ever to win every single one of Korean baseball’s major awards in one season.

Yang’s record for the 2017 season speaks for itself. Throughout the season, Yang picked up 20 wins and six losses with a 3.44 ERA in 31 games, leading the Kia Tigers to the regular season victory. Also, by finishing third for strikeouts, at 158, and tying the record for the most number of wins, Yang was selected as the KBO’s regular season MVP.

Despite his regular season success, it wasn’t until the postseason that Yang really started to pull away from everyone else. He pitched a complete game shutout in Game 2 of the Korean Series and picked up a save in Game 5. These two games secured the Korean Series title for the Tigers for the first time in eight seasons. Unsurprisingly, Yang was named Korean Series MVP.

“This has been a dream season,” Yang was quoted as saying by Yonhap. “I love winning all these awards, now that I’ve had a taste of them. I want to be able to come back collecting trophies again next year.”

Yang’s social calendar has been so full this offseason that he has barely had a chance to rest since the season ended. As well as the three major honors, Yang also took home pretty much every award going - the players’ association, the retired players’ association and several newspapers all recognized the star pitcher.

In fact in the two months since the season ended, Yang has won a total of 13 awards, pocketing about 200 million won ($183,720) and three cars in prizes. Throughout his 11 seasons with the Tigers, this is the first time Yang has won the Golden Glove. He was a candidate to win it in 2015, but lost to Eric Hacker, formerly of the NC Dinos.

The Golden Glove Award is the final ceremony in the official KBO schedule, with an award for each position. The Kia Tigers had the most number of awardees, at five.

“Obviously, there’s going to be a lot of pressure next year to duplicate the success of this year,” Yang was quoted as saying. “I want to prepare for the next season the best I can and help the team win our second straight championship.”

Though all the award ceremonies and the official KBO schedule has ended, Yang still has one more task remaining for the season: re-signing with the Tigers.

Right after the Tigers won the Korean Series, they were among the first KBO clubs to fill up their foreign player roster, re-signing Hector Noesi, Roger Bernadina and Patrick Dean.

After graduating from Hakseong Elementary School, Dongsung Middle School and Dongsung High School, all in Gwangju, Yang has only played for the Tigers since 2007. Yang earned his first Free Agent status after the 2016 season.

Though Yang was given great offers from Japanese Clubs, he agreed to sign a one-year contract at 2.25 billion won, because he wanted “to win with my teammates, who I’ve played with for such a long time.”

Though he has become an FA once again, it’s not likely that Yang will sign with a different team, as he regularly says that “Kia is where I belong.” Considering Yang and the Tigers’ success, it is very likely that his contract will exceed three billion won for the 2018 season.

Following completion of the Golden Glove Ceremony, Yang returned home to Gwangju and has already started offseason training for the 2018 season.