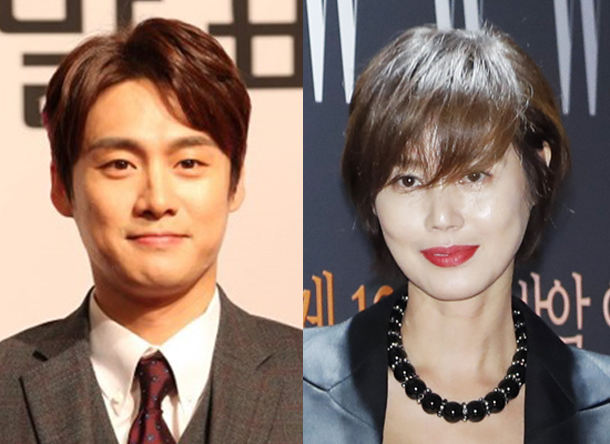 Television personality and former news anchor Oh Sang-jin, left, and actor Kim Sung-ryoung, right, will be the emcees of the MBC Drama Awards, which will be held on Dec. 30.

Oh became an announcer at MBC in 2006, and hosted several programs such as “Section TV Entertainment News,” “Zero Complaints” and “Dancing With the Stars.” However, after going on strike against the company in 2012, he had to step down from all of his roles on the network. The following year, he resigned from the company and has since continued as a freelance announcer.

Kim’s latest position on MBC was her lead role on the 2015 drama, “Flower of the Queen,” which wrapped up with the high viewer ratings of 22.4 percent. She made her debut in 1988 when she was named Miss Korea, and turned to acting with her first movie, “Who Saw The Dragon’s Toenail?” in 1991.