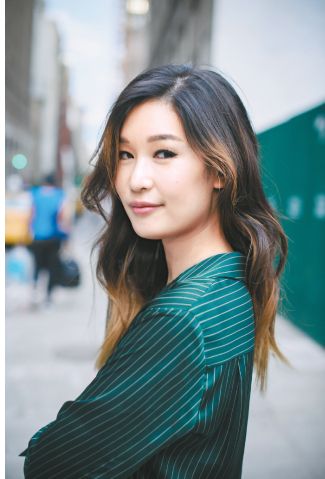 It’s no secret that the success of the so-called K-beauty industry owes much to the Chinese market. But tensions between China and Korea over the installation of a U.S. antimissile shield dealt a huge blow to exports of skin care and makeup products. This waved a red flag at local manufacturers and encouraged them to reduce their dependence on the giant neighbor.

So now they are eyeing the United States - the second-largest beauty market in the world. The industry also hopes it is a more stable market in terms of geopolitics and trade friction than China.

After China and Hong Kong, the U.S. is already the No. 3 market for K-beauty exports. And growth is fast: Statistics from the U.S. Department of Commerce showed that Korea was the fifth largest exporter of such products, with $317 million last year. It is No. 1 in terms of year-on-year growth, which was 45.7 percent from 2015 to 2016.

In the last two years, Korean beauty brands like Laneige and Tony Moly have started being sold in such major U.S. retailers as CVS, Sephora and Target. AmorePacific’s Innisfree entered the U.S. this year and opened a two-floor flagship store in New York City in September.

“When we asked American beauty editors about K-beauty three to four years ago, they used to say, ‘It’s a trend.’ Now they say it’s something to stay,” said Charlotte Cho, co-founder of online retailer Soko Glam in an interview with the Korea JoongAng Daily at the company’s Seoul office in Gangnam, southern Seoul. She was visiting Korea to deliver a speech at the InterCharm Beauty Expo Korea last month.

Cho said that K-beauty has more potential to grow, as Americans wake up to the virtues of skin care products over cosmetics. However, she pointed out that many companies are not entering with a consistent brand strategy that could help them survive long-term in the market.

Soko Glam is an online beauty site that sells curated Korean beauty products. Established in 2012, the company was among the earliest to launch such a business and is one of the biggest providers of K-beauty products in the United States, with sales doubling every year since 2014.

It not only sells products online, but also uploads content through a blog called “The Klog” to offer guidance on Korean products. Korea’s skin care routines are known to be more complex than any other country in the world, which explains the wider variety of skin care product categories and the need to educate foreign customers on items that don’t exist in their country.

Born and raised in the United States, Cho became a believer in Korean skin care products after five years working for Samsung Engineering in Seoul. Her relatives, colleagues and friends offered beauty advice and she saw significant improvements in her own skin.

Cho said K-beauty was at the center of an American skin care product boom, citing the production of sheet masks among global manufacturers. In 2012, sheet masks were not yet main stream. But after the success of Korean sheet masks, American and European brands have joined the sector. Around 70 percent of Soko Glam’s customer base is non-Asian.

“There is constant innovation coming out of Korea that is intriguing and exciting customers. Korean companies are extremely good at developing high-quality products [like sheet masks, cushion foundation, serums in facial mists] that Western beauty brands are not able to come up with by themselves,” she noted.

Cho said the fact that Korean products lead to an improvement in customers’ skin is an important factor in their success.

Another opportunity in the U.S. market is for small, relatively unknown brands to succeed. In the United States, people go online to buy or get product information on beauty products, while in Korea the brick-and-mortar experience is still important. Therefore, as long as you have good reviews, a brand may do well regardless of having low brand recognition.

Research in 2015 by Tabs Analytics showed 70 percent of beauty purchases made by respondents were planned and researched before they stepped into a store.

This poses a challenge for Korean companies in establishing a consistent brand image that would leave a long-term impression on U.S. consumers amid tight competition and an influx of new brands. Cho pointed out that a lot of Korean brands don’t devise strategies based on a target audience, whether it comes to marketing, deciding a price or selecting distribution channels.

“I’ve seen a lot of brands that want to be in every retailer,” she said. “But don’t enter a low-price channel and expect to be in a luxury retailer - that doesn’t make sense. You should be focused on who you talk to - gender, age, budget level and so on - because you can’t spend your resources on every community.”

She stressed the importance of constantly asking whether a business decision will help the company’s branding. For example, entering retail channels like Amazon may generate revenue but may not contribute much to brand value.

Cultural difference must be considered when entering the United States market. The term “whitening” used in Korean creams won’t work in the United States and gives the impression that the product contains bleach, she said. Innisfree recognized the greater diversity of skin tones in the United States by releasing a foundation in 14 shades as opposed to its usual two or three in Korea.

Neogen, which started U.S. distribution under Soko Glam and started selling in Sephora last year, and Cosrx were examples of smaller brands that pay attention to feedback from the U.S. and invest in offering samples.

“I think it’s great that the United States offers opportunities for smaller brands […] but just because there’s an opportunity doesn’t mean it’s easy. Brands like Neogen and Cosrx are perfect examples because they’ve been strategic about branding coming before revenue. The most precious asset is your brand, so don’t lose control of it. One person’s bad product experience can be very detrimental.”