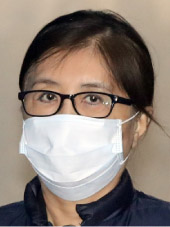 Prosecutors asked a court Thursday to hand down a 25-year prison term to a longtime friend and confidante of ousted President Park Geun-hye in a massive corruption scandal that stripped her of power early this year.

Choi was arrested and indicted in November last year on 18 charges, including abuse of power, coercion and bribery.

Her charges center on the alleged collusion with the former president to extort money from Samsung and other conglomerates, and interfere in state affairs. She stands accused of pressuring 50 conglomerates to donate 77.4 billion won to two foundations allegedly controlled by her.

They demanded six years in prison and a fine of 100 million won for An Chong-bum, then senior presidential secretary of policy coordination, for collaborating with the key suspects in the case and taking kickbacks from a local plastic surgeon in return for business favors.