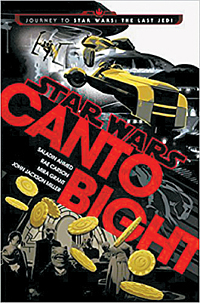 Soon to be seen in Star Wars: The Last Jedi, welcome to the casino city of Canto Bight. A place where exotic aliens, captivating creatures, and other would-be high rollers are willing to risk everything to make their fortunes. Set across one fateful evening, these four interconnected stories explore the deception and danger of the lavish casino city.

- An honest salesman meets a career criminal as a dream vacation turns into the worst nightmare imaginable, in a story by Saladin Ahmed.

- Dreams and schemes collide when a deal over a priceless bottle of wine becomes a struggle for survival, as told by Mira Grant.

- Old habits die hard when a servant is forced into a mad struggle for power among Canto Bight’s elite, in a tale by Rae Carson.

- A deadbeat gambler has one last chance to turn his luck around; all he has to do is survive one wild night, as told by John Jackson Miller.

In Canto Bight, one is free to revel in excess, untouched by the problems of a galaxy once again descending into chaos and war. Dreams can become reality, but the stakes have never been higher - for there is a darkness obscured by all the glamour and luxury. 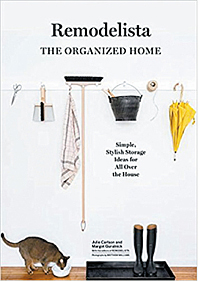 Remodelista: The Organized Home: Simple, Stylish Storage Ideas for All Over the House

Buy fewer (and better) things. Store like with like. Get rid of the plastic. Display - don’t stash - your belongings. Let go of your inner perfectionist and remember that rooms are for living. These are a few of the central principles behind Remodelista: The Organized Home, the new book from the team behind the inspirational design site Remodelista.com.

Whether you’re a minimalist or someone who takes pleasure in her collections, we all yearn for an unencumbered life in a home that makes us happy. This compact tome shows us how, with more than 100 simple and stylish tips, each clearly presented and accompanied by full-color photographs that are sure to inspire. Readers will learn strategies for conquering their homes’ problem zones (from the medicine cabinet to the bedroom closet) and organizing tricks and tools that can be deployed in every room (embrace trays; hunt for unused spaces overhead). Interviews with experts, ranging from kindergarten teachers to hoteliers, offer even more ingenious ideas to steal. It all adds up to the ultimate home organizing manual. 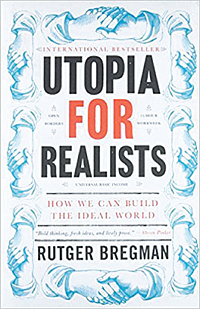 Utopia for Realists: How We Can Build the Ideal World

Universal basic income. A 15-hour workweek. Open borders. Does it sound too good to be true? One of Europe’s leading young thinkers shows how we can build an ideal world today.

After working all day at jobs we often dislike, we buy things we don’t need. Rutger Bregman, a Dutch historian, reminds us it needn’t be this way - and in some places it isn’t.

Rutger Bregman’s TED Talk about universal basic income seemed impossibly radical when he delivered it in 2014. His April 2017 talk continues to make the provocative case, detailing the idea’s 500-year history and even its brief success in a forgotten trial in Manitoba in the 1970s. Nearly a million views later, guaranteed basic income is being seriously considered by leading economists and government leaders the world over. It’s just one of the many utopian ideas that Bregman proves is possible today.

Utopia for Realists is one of those rare books that takes you by surprise and challenges what you think can happen. From a Canadian city that once completely eradicated poverty, to Richard Nixon’s near implementation of a basic income for millions of Americans, Bregman takes us on a journey through history as he champions ideas whose time have come.

Every progressive milestone of civilization - from the end of slavery to the beginning of democracy - was once considered an utopian fantasy. Bregman’s book, both challenging and bracing, demonstrates that new utopian ideas, like the elimination of poverty and the creation of the fifteen-hour workweek, can become a reality in our lifetime. Being unrealistic and unreasonable can in fact make the impossible inevitable, and it is the only way to build the ideal world.