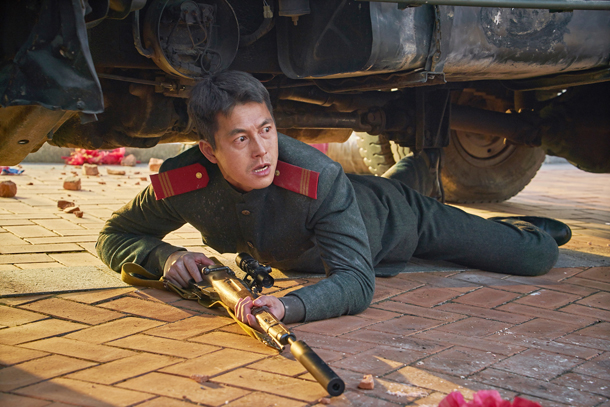 
The latest Star Wars series failed to beat a local action blockbuster in its debut weekend in Korea, accounting for less than half the tickets sold for “Steel Rain.”

From Friday to Sunday, “Steel Rain,” starring Jung Woo-sung and Gwak Do-won, sold 1.38 million tickets, bringing the movie’s total to 1.63 million since its release on Thursday.

The NEW-distributed film is an action drama revolving around a former North Korean intelligence agent (Jung) and a senior South Korean national security official (Gwak) working on a secret mission to prevent the breakout of a nuclear war on the Korean Peninsula. It is the second movie to be helmed by Yang Woo-seok who was behind “The Attorney” (2013), which sold 11.37 million admissions.

Despite positive reviews from critics and fans, “Star Wars: The Last Jedi” did not even come close to catching up with “Steel Rain.”

Over the three days, “Star Wars,” written and directed by Rian Johnson, sold 523,000 tickets, adding to a total of 640,000 admissions sold since its release on Thursday.

The entire weekend ticket sales for the movie, which is the late Carrie Fisher’s final appearance in the series, were 22.4 percent of total sales, lagging behind the 54.8 percent for “Steel Rain.”

Feature animations “Pororo, Dinosaur Island Adventure” and “Mary and the Witch’s Flower” remained in the third and fourth spots on their second weekend.

Mystery thriller “Forgotten” rounded out the top five with 85,000 admissions while crime drama “The Swindlers” dipped to the sixth spot after dominating the local box office for three weeks.