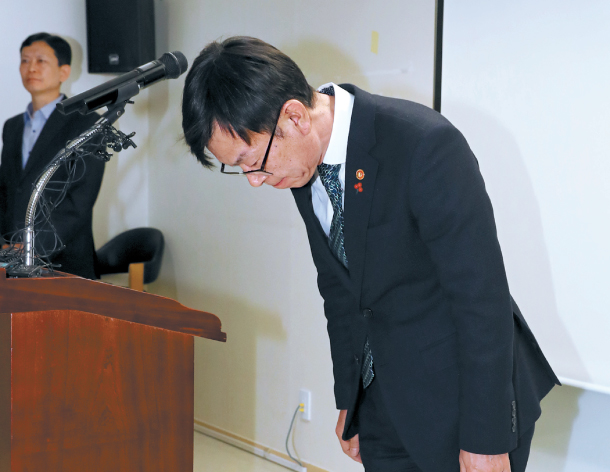 The Fair Trade Commission is under fire for prematurely closing its review of a manufacturer that allegedly advertised toxic humidifier sterilizers as harmless.

A task force charged with investigating the case said in a statement Tuesday that the Fair Trade Commission had closed the review through a phone meeting last year instead of in person.

As a result, the task force said, the commission failed to properly understand a study from the Ministry of Environment that could have changed the outcome.

The humidifier sterilizers in question were manufactured by SK Chemical and sold under the Aekyung brand between 2002 and 2011. Although they contained toxic components like chloromethylisothiazolinone and methylisothiazolinone, the product was advertised as harmless.

At the request of a civic group, the Fair Trade Commission held a committee meeting on Aug. 19, 2016, to discuss whether to charge the companies with violating advertising rules. The meeting took place as the five-year statute of limitations was coming to an end.

Days before the meeting, the Ministry of Environment identified two people whose lungs were damaged because of the toxic sterilizers.

However, the committee failed to properly understand the ministry’s findings because the meeting was held over phone, according to the task force.

As a result, the committee decided to take no action against the companies based on a 2012 study where the Korea Centers for Disease Control and Prevention concluded there was no clear evidence proving the correlation between the components and lung damage.

The government has since disavowed that study.

The committee apparently misunderstood the nature of the Environment Ministry’s report, the task force said. While the researchers had already acknowledged the components as toxic and were investigating how they caused damage to the lungs, the committee members thought the report would clarify whether the components were harmful or not.

While it was misguided to have the meeting over phone instead of in person, the task force said there was no deliberate government effort or pressure to minimize the case.

“As head of the Fair Trade Commission, I express my sincere regret, officially,” he said, “and especially to the families of victims.”