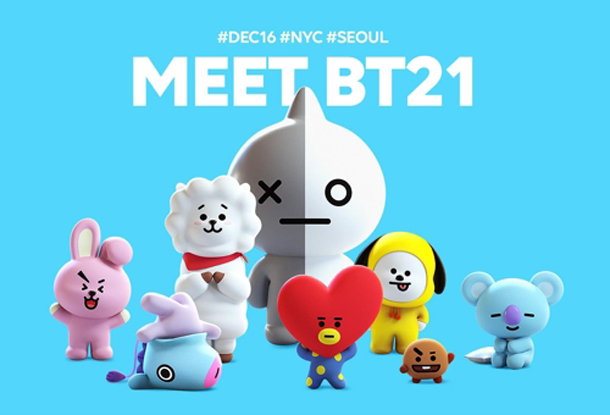 Character merchandise by boy band BTS hit shelves in Seoul on Tuesday, with products designed by all seven members on sale, a local distributor said.

Dolls, clothing, cushions, postcards and other character products were launched at the Boon the Shop store in Cheongdam-dong, southern Seoul, an official of Naver’s Line Friends said.

Line Friends said it has been developing the merchandise in collaboration with the multi-brand boutique and the members of BTS for the past year.

The seven-member K-pop act came in at No. 10 on Billboard’s year-end top artist chart for 2017 after having a breakout year in the United States.

The items will also be available at the Line Friends’ store in New York.