Russia’s anti-doping scandal at the 2014 Sochi Olympics not only led to a ban on its athletes from competing at the 2018 PyeongChang Winter Olympics as “Russian athletes,” but the International Olympic Committee (IOC) also banned said them from wearing their national emblem on their uniforms. 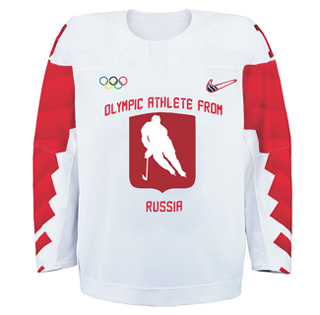 Uniforms for the “Olympic athletes from Russia.” [R-SPORT]

On Tuesday, R-Sport reported on an official letter the IOC sent to the Russian Olympic Committee (ROC), informing them of the restrictions regarding the design of the uniforms.

The letter had a lot more restrictions than when the IOC first made its decision to ban the country from participating in PyeongChang on Dec. 6.

Russia’s anti-doping scandal was first revealed in the Richard McLaren report, released by WADA right before the 2016 Rio Olympics. The report showed that Russia’s Ministry of Sport has protected about 1,000 doped athletes by switching urine samples since 2011. Once revealed, the IOC invalidated 25 Russian athletes’ records at the Olympics and 11 athletes had their medals taken away. 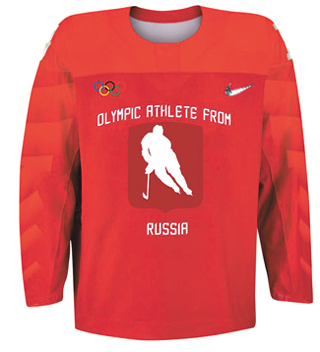 Uniforms for the “Olympic athletes from Russia.” [R-SPORT]

Only the athletes who passed the doping test will still be allowed to compete, under the name “Olympic Athlete from Russia.”

In addition to not using the Russian flag or national anthem, they will be banned from having the Russian symbol or all three colors of the flag on the uniform, preventing even the smallest possibility of the athletes looking like they are representing Russia.

Traditionally, Russian uniforms had a double-headed eagle on them, which was first used since at least the 15th century by the early Byzantine Empire, and which became the country’s coat of arms in 1993.

Rather than the double-headed eagle, the IOC required the athletes to wear the Olympic flag. The name of the team, “Olympic Athletes from Russia,” has to be written in the exact same font.

In addition to the national symbol, the athletes are not allowed to wear clothing that has all three colors of the Russian flag - red, white and blue.

The IOC requested that the main clothing sponsor get approval for the uniform design.

The new uniform has two versions, in white and red, and has the exact same fonts for the name, “Olympic Athletes from Russia.” Replacing the double-headed eagle, the ROC included a silhouette of the athletes at different events.

That same day, the Russian Bobsled Federation also submitted a draft of the uniform to be worn at the PyeongChang Olympics.

The national body’s secretary general, Sergei Parkhomenko, said the federation focused on excluding the three colors of the Russian flag.

The Olympic athletes from Russia’s uniform for the opening and closing ceremony of the PyeongChang Winter Olympics will be made by ZA Sport, Moscow-based sportswear brand.