Feb. 24: Pianist Ji is one of the few Korean artists to belong to Warner Music Group and was recently featured in the “Android: Monotune” advertisement. In the ad, he tunes a piano to play only one note, and uses it along with another piano to play Beethoven’s “Moonlight Sonata.”

In this show, he will start off with Bach’s “Goldberg Variation, BMV 988 Aria” and other classical pieces in the hopes that he can open people’s ears to the beauty of the classics.

Dec. 21: Since 2009, Yuhki Kupamoto’s Christmas shows have sold out in Korea, with the composer and pianist always inviting new friends to perform. This time, he has invited violinist Shin Zia, pictured above, clarinetist Kim Han, conductor Baek Yoon-hak and the Ditto orchestra to play a medley of his best work and Christmas carols which he has remade to liven up the holiday season.

Dec. 25: Violinist Park Min-jung and conductor Yuki Mori will collaborate with other musicians to celebrate Christmas with classic carols and pop music to liven up the atmosphere of the holiday seasons. Tickets have been sold out for every year since its first concert in 2008. The program includes John Leavitt “Glory of Christmas,” Vivaldi’s “Second and Frist Movements from “Winter” (Four Seasons),” Berlin’s “White Christmas,” “All I Want for Christmas Is You,” arranged by Yuki Mori and many more.

Yoon has been on a concert tour since Oct. 28, with stops in Ulsan, Incheon, Suwon, Busan, Gyeongsan and Seongnam. The tour finally comes to Seoul in December.

The boys are back in town. The Vienna Boys Choir, composed of young boys, are coming to Seoul again for the annual New Year celebration. This year’s concert will be held at the Mapo Art Center in western Seoul. [LUKAS BECK]

Jan. 23: Vienna Boys Choir, one of the best known boys’ choir of sopranos and altos based in Vienna, Austria, is facing its 520th anniversary in 2018. The best musicians had experience with the choir, such as Schubert, Haydn, Beethoven, Wagner, Strauss and many more to conduct or dedicate their music to the choir. The choir, based on church music covers vast genre of music from classics to popular music, and their classy stages have entertained the ears of the audiences since their establishment in 1498. The program includes “O Virgo splendens,” “Cantate Domino,” “Und wann’s amal schen aper wird,” “Kaiserwalzer Op. 437” and 14 other pieces.

March 15: John Legend, the R&B and soul musician, is coming back to perform in four years since his last concert in Korea. From his first Korea performance in 2009, the artist has had not only held three of his own concerts, but also attended various Korean music festivals such as MAMA, proving his immense popularity in the country.

From his debut album “Get Lifted” in 2004, the artist has won 10 Grammy Awards, his stardom also reached to the screens for his performance in 2016 popular movie “La La Land” and for the duet song with another popular singer Ariana Grande of the OST from the movie “Beauty and the Beast” (2017). All his hit songs such as “All of Me,” “Save Room,” “Ordinary People “ will be played this tour. The tickets will be open from Dec. 26 12 p.m. until Jan. 1, 2018 at midnight.

To Dec. 25: The Korean National Ballet is presenting “The Nutcracker” in its version adapted from the ballet choreographed by Yuri Grigorovich, who worked as the art director of Moscow’s Bolshoi Theater from 1964 to 1995.

Dec. 21-31: The Universal Ballet is also back with “The Nutcracker,” a must-see traditional Christmas performance.

“The Nutcracker,” composed by Pyotr Ilyich Tchaikovsky, premiered in 1892 at the Mariinsky Theatre in Saint Petersburg, Russia, and has been loved since then as a Christmas Ballet for the past 124 years. The Universal Ballet premiered the piece in Korea in 1986, and performances of the piece have been sold out every year for the past 30 years. 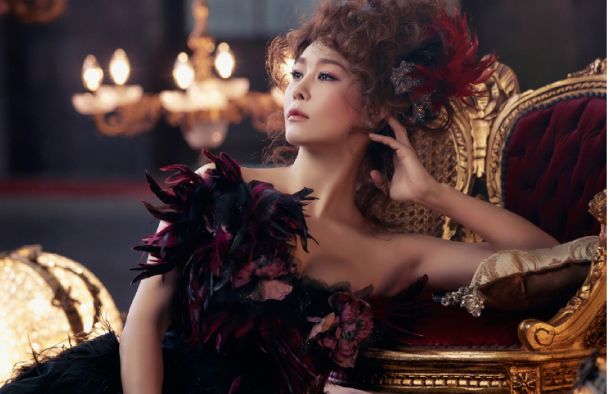 Jan. 10 - Feb. 25: In the advent of the 30th anniversary of the opening of the Seoul Arts Center’s Opera house, “Musical Anna Karenina”- with its original production by the Moscow Operetta Theatre- will perform. Based on the novel “Anna Karenina,” it is a tragic story about the noblewoman Karenina with grace and beauty seemed to be having an admirable life with her powerful husband and their 8-year-old son. However, while she was growing tired of her conventional life, a charismatic young Count Vronsky appears in front of her and they end up having an affair. Anna finally chooses Vronsky over her family, but their forbidden love also affects not only them but the lives of others surrounding theirs.

Deloris, a singer working in a club, dreams of becoming a famous singer and a star someday. One night, she witnesses a crime committed by her gangster boyfriend Curtis Jackson and his crew, and she runs to the police for help while Jackson orders his crew to search for her. Believing her life to be in danger, she tells the police everything. The police put Deloris in the witness protection program and hide her in a place they believe that she will never be found - a convent.

Going undercover as a nun, Deloris feels cramped by the strict convent rules.

She soon finds her place conducting the convent choir. With her lively energy and charming voice, she leads her choir to an outstanding and deeply moving performance. Gradually she becomes a celebrity in the convent, but she is put in danger as her identity is exposed.