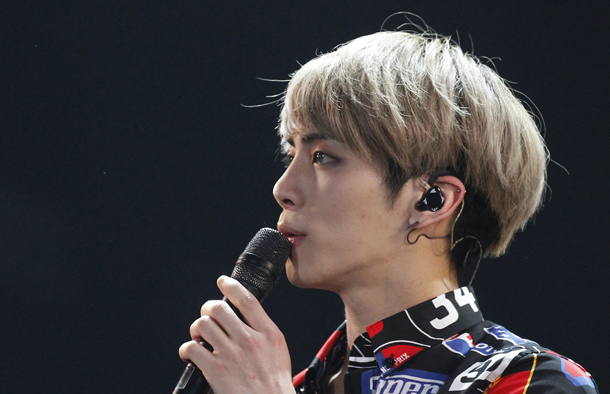 A number of K-pop artists have postponed promotional activities to mourn the death of Kim Jong-hyun of the boy band SHINee, according to entertainment agencies Wednesday.

Girl group Twice announced it will delay the release of its music video for the song “Merry & Happy” to Friday on social media. JYP Entertainment initially planned to drop the video Thursday.

Boy band Seventeen has suspended its weekly YouTube video series “Going Seventeen” since Monday. Pledis Entertainment, the group’s management agency, said the show will take a pause for a week.

Cube Entertainment has postponed the release of a single by Jo Woo-chan, Park Hyun-jin and Achillo, citing “the sad news within the entertainment industry.”

Artists signed to SM Entertainment, SHINee’s management company, have suspended all public activities for the time being.

Exo has delayed the release of its winter album “Universe” to next Tuesday. The album was slated to come out this Thursday.

Kim’s private memorial at Asan Medical Center in eastern Seoul continued receiving mourning celebrities and close friends. Members of K-pop groups Infinite, Highlight, Wanna One, CNBLUE and Epik High paid their respects to the deceased. Actress Shin Se-kyung, who once dated Kim, also stopped by to say goodbye. A separate memorial open to the public was also packed with fans who quietly paid their respects to Kim.

The singer’s funeral will be held privately Thursday at an undisclosed location.