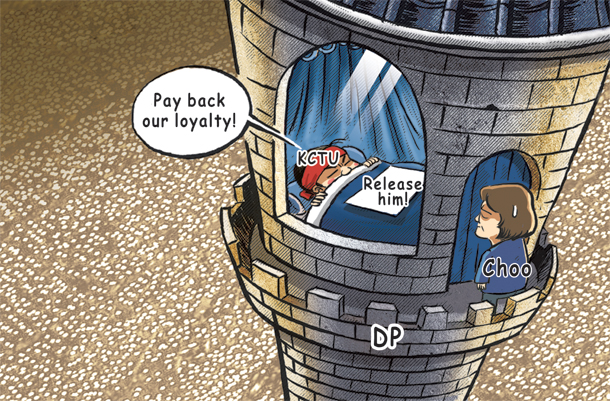 After occupying the headquarters of the ruling Democratic Party, members of the Korean Confederation of Trade Unions (KCTU) are pressing party leader Choo Mi-ae to get the government to release its former head Han Sang-gyun, who is behind bars, saying they supported President Moon Jae-in in the last election.